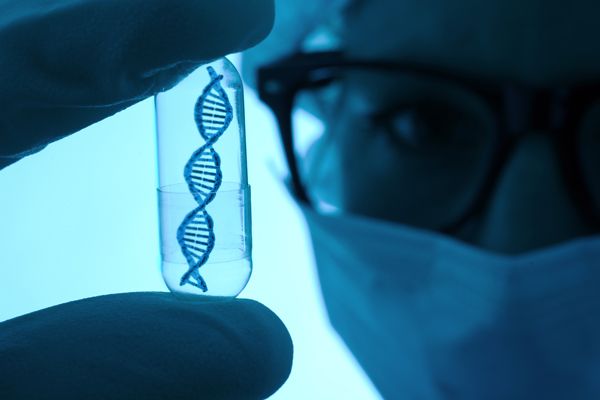 Some people are more likely than others to develop an addiction to opioid drugs. According to the makers of a new addiction assessment tool, that susceptibility has a basis in genetics.

California biotech company Proove Biosciences, Inc., created the Proove Opioid Risk Profile in 2013 in response to the widespread national epidemic of opioid abuse. In recent years, the use — and misuse — of opioids has skyrocketed. Between 1999 and 2010, opioid analgesic consumption increased by a staggering 300% in the US. Overdose rates and deaths associated with opioid abuse have also soared accordingly (McCarberg. E. Am J Manag Care. 2015; 21(9a): S188-S194).

When used appropriately, opioids are extremely effective. But the adverse events associated with opioid use, including abuse and dependence, can be extremely detrimental to individual as well as public health, says Svetlana Kantorovich, PhD, Director of Clinical and Scientific Affairs at Proove Biosciences.

“While the effectiveness of short-term opioid therapy has been established,  tolerance and physical dependence complicates the extrapolation of this benefit over time, which may tip the risk-to-benefit ratio against long-term use.”

Kantorovich’s company developed the opioid risk profile as a tool to support physicians in prescribing opioids safely and appropriately. It works by analyzing genetic and clinical data in a predictive algorithm that stratifies a patient’s risk of addiction into a low, moderate, or high likelihood. Clinicians can then use data to create personalized clinical treatment and monitoring strategies.

genetic variations within four of these important neurochemical pathways: the serotonergic, endorphinergic, GABAergic, and dopaminergic circuits. These pathways, collectively defined as the cortico-mesolimbic circuitry, are central to the neurobiology of addiction.

“Genetic testing of variants within this cascade has been shown to be predictive of individuals that exhibit aberrant, risky behaviors, such as the abuse of psychoactive substances — perhaps to overcome the neurochemical alterations in this brain circuitry,” Kantorovich explains. “These variants have been linked to opioid reward, craving, and addiction, and also to factors that may lead to opioid abuse,” including alcohol abuse, illicit drug abuse, and psychiatric disorders.

The presence of these SNPs, along with addiction-related environmental factors like stress, depression, and drug availability, may predispose an individual to substance abuse. Kantorovich believes that at least half of the variability in addiction may be attributed to genetic factors.” Though genes are not the whole story when it comes to opioid addiction, they are “certainly relevant to evaluate in a risk assessment.”

Addiction emerges out of a complex interplay of factors ranging from genetic variations in the brain’s reward circuitry to personal, family, peer, social, and environmental circumstances. Traits like age, gender, and ethnicity can play significant roles as well.

Since our genes alone cannot predict the likelihood of addiction, the Proove Opioid Risk Profile  also includes a questionnaire  to capture a host of psychosocial factors known to contribute significantly to addiction risk.  Dr. Kantorovich holds that the test is accurate up to 96.7% of the time.

What’s in our DNA?

The precision medicine movement has given rise to many new genetic tests. But a gene test for opioid dependence raises an important question about the origins of addiction: To what extent is addiction risk encoded within our DNA?

We know that both genetic factors do contribute significantly to substance use and dependence. Addictions range from moderately to highly heritable. Family, adoption, and twin studies reveal that an individual’s risk is often proportional to his or her degree of direct genetic relationship to an addicted relative (Bevilacqua, L. & Goldman, D. Clin Pharmacol Ther. 2009; 85(4): 359–361).

But many argue that in spite of its biological drivers, addiction risk cannot be sufficiently predicted by genetic testing alone.

As reported by STAT News, the Opioid Risk Profile “lacks a firm scientific basis,” leading some addiction and genetics experts to question its validity as a clinical tool. Proove CEO Brian Meshkin says the company’s research, to be published this year, “would persuade the doubters” about the test’s legitimacy.

In the meantime, conversations taking place at the federal level could direct the future course of the genetic testing industry. Today, gene test makers can develop and market their products outside the scope of government regulation — a loophole which, some argue, enables companies to distribute unproven tests to healthcare practitioners.

This lack of oversight recently led Reps. Diana DeGette (D-CO) and Larry Bucshon, MD, (R-IN) to draft a bipartisan bill that pushes for a stricter regulation of laboratory developed tests (LDTs). Regulators define an LDT as, “a type of in vitro diagnostic test that is designed, manufactured, and used within a single laboratory.” The Proove test, along with many other new, proprietary genome tests definitely qualify as LDTs.

The DeGette-Buchson bill, known as the Diagnostic Accuracy and Innovation Act (DAIA),  would require premarket approval from the FDA for “high-risk” lab tests. It would also establish a new center under the FDA charged with regulating these tests.

While the FDA does not currently oversee LDTs, the agency notes that they play a key role in the, “continued development of personalized medicine.” The accuracy of these tests is therefore critical to ensure, “that patients and health care providers do not seek unnecessary treatments, delay needed treatments, or become exposed to inappropriate therapies.”

For people at high risk of opioid abuse, there are a number of alternatives to pharmaceutical painkillers. Non-opioid therapies, including NSAIDs, selected anticonvulsants and antidepressants, exercise, and cognitive behavioral therapy, are effective pain-relieving options for many patientsTests like Proove may help identify patients likely to benefit from them. (For an exploration of non-pharma pain therapies, see “The Fed’s Misguided War on Pain” by Jacob Teitelbaum, MD).

In cases where opioids are necessary, Kantorovich says it is essential to “start low and go slow” and to combine non-pharmacologic or non-opioid pharmacologic therapies when possible.

“Opioid-related overdose risk is dose-dependent, so prescribing the lowest effective dose and starting with immediate-release rather than extended-release formulations is advised,” she suggested. “Being vigilant with the duration and quantity is important too. Three days or less of opioid therapy is often sufficient for treatment of acute pain.”

Keep in mind that, “Patients who do not experience clinically meaningful pain relief early in treatment are unlikely to experience pain relief with longer-term use,” Kantorovich cautions. “This conversation should ideally be had before starting opioid therapy so it is mutually understood how and when therapy will be discontinued.”

Some clinicians may offer naloxone to mitigate risk, and emerging evidence points to medicinal cannabis as an effective strategy for pain relief when used in combination with opioids. Medication-assisted treatment programs that combine behavioral therapy with medications like methadone or buprenorphine are often effective for patients with opioid use disorder. Such programs were recently expanded in high-burden states–though their future is highly uncertain under GOP leadership in Washington.

While the opioid epidemic remains a significant public health concern, recent efforts to curb inappropriate drug use — alongside mounting media coverage highlighting the current national crisis — are raising awareness about the dangers of painkiller misuse not only within the medical community, but in the public sphere as well.

Opioid addiction has been a top priority in public health circles for the last five years. The Department of Health and Human Services announced an initiative in March 2015 targeting three priority areas to “tackle the opioid epidemic and help save lives.” These are: improving prescribing practices, broadening access to medication-assisted treatment, and expanding the use of naloxone.

Similarly, the Centers for Medicare and Medicaid Services issued a series of Informational Bulletins last year outlining effective practices to identify and treat mental health and substance use disorders covered under Medicaid. Additional contributions include the Centers for Disease Control and Prevention’s Guideline for Prescribing Opioids for Chronic Pain, released last year.

So far, though, the public health efforts have done little to stem the tide of addiction. In its 2016 report on opioid prescribing, the CDC found that the risk stratification tools currently available — including the Opioid Risk Tool, the Screener and Opioid Assessment for Patients with Pain, and the Brief Risk Interview — “show insufficient accuracy for classification of patients as at low or high risk for abuse or misuse.”

These tools, the CDC concluded, produce inconsistent results and lack sufficient evidence to support their use as standalone indicators of abuse risk. “Clinicians should always exercise caution when considering or prescribing opioids for any patient with chronic pain outside of active cancer, palliative, and end-of-life care and should not overestimate the ability of these tools to rule out risks from long-term opioid therapy,” the agency recommends.

It remains to be seen whether new gene-based tools like the Proove profile can have significant impact. But the current failings underscore the need for innovation.

“Screening and risk stratification remains a critical guideline in opioid initiation and continuation, therefore more accurate tools are necessary for appropriate prescribing,” Kantorovich says. “We hope that predictive algorithms based on both genetic and clinical data will shape current and future approaches to the judicial and appropriate treatment of patients in pain, so that patients requiring opioids for serious pain relief are not denied therapy while those who are at risk of abuse are spared the tragic consequences of addiction, overdose, and sometimes, death.”