Do Probiotics Have a First-Line Role in Depression Treatment? 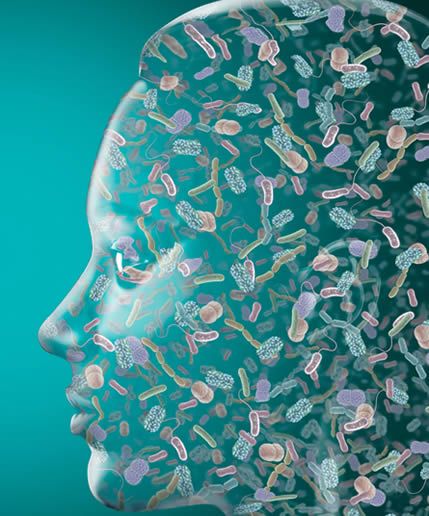 depression and other mood disorders.

If the gut is truly the “second brain,” as neuroscientist Michael Gershon put it in his seminal 1999 book, then it shouldn’t be surprising that there’s a connection between mood, cognition, and the state of the gut microbiome.

“I absolutely envision a time when probiotic/prebiotic therapies will become first line interventions for psychiatric illnesses. The research indicates things are headed that way and I look forward to the time when we reach that point,” says Scot N. Bay, MD, a psychiatrist who is founder/director of North Fulton Behavioral Health Center in Roswell, GA.

Dr. Bay works with adults who have anxiety, depression, bipolar disorder, ADHD and other psychiatric disorders.  He uses the full spectrum of conventional drugs, but always within a comprehensive strategy that includes psychotherapy, exercise, and good nutrition.

Over the years he’s incorporated nutraceuticals such as Deplin (a prescription l-methylfolate), SAM-e, and vitamin D for depression, and Vayarin (a branded phosphatidylserine omega-3) for ADHD.

More recently, he began introducing probiotics to his patients.

“Clinically, I have always observed strong correlations between psychiatric illnesses and gastrointestinal symptoms.  Patients with depression and especially anxiety have worse symptoms of irritable bowel syndrome (IBS), GERD, hiatal hernia, Crohn’s Disease, and ulcerative colitis. When the depression and anxiety were under control, GI symptoms either were much less or resolved,” he tells Holistic Primary Care.

“The explosion of recent knowledge about the gut microbiome seems to me to be the way to explain the linkage between brain and gut symptoms, and to open doors to new treatments.”

For Dr. Bay, the catalyst was a 2015 triple-blind study from the Leiden University Institute for Psychological Research in Holland, showing that a multispecies combination of Bifidobacterium and Lactobacillus strains could lower cognitive reactivity to sad moods—a marker for susceptibility to depression.

In the psychiatric literature, cognitive reactivity refers to the activation of dysfunctional thinking patterns in response to subtle, everyday mood

changes. In some people, ordinary sad moods or minor challenging situations trigger excessive rumination about causes and consequences; aggressive ideation (toward others or self); hopelessness (loss of motivation, dim expectations about the future); and suicidality.

It is axiomatic in the mental health field that cognitive reactivity is central in the development, maintenance, and recurrence of depression and therefore is a relevant treatment target, the Leiden authors write.

Study participants received once-daily sachets containing a dry powder: the controls got an inert mix of maize starch and maltodextrin, while the active treatment group got the same carrier but containing a powdered probiotic (Ecologic Barrier®, Winclove Probiotics) formulated to deliver 1.5 x 109 CFU per gram. The product is taken by mixing it with lukewarm milk.

After 4 weeks, the probiotic-treated subjects showed notable changes on several parameters of the Leiden index. Aggression dropped from a pre-intervention mean of 8.7 to 6.25; Risk Aversion went from 10.0 to 7.95; and Rumination went from11.2 to 8.25. No such changes were recorded in the control group.

This is the first study to show that a probiotic can reduce negative cognitive patterns.

Though it involved healthy non-depressed people, and is nowhere near a definitive treatment trial, the findings are compelling, especially when viewed in light of a 2016 clinical study of 40 people with major depression. The subjects were randomized to 8 weeks of treatment with either a placebo or a probiotic combination of L. acidophilus, L. casei, and B. bifidum.

Though he’d never used probiotics before, Dr. Bay says he was intrigued enough by what he’d read to reach out to Winclove–the Dutch manufacturer of the probiotic in the Steenbergen study–to obtain samples.

To date, he says he’s given the product to 12 depressed patients, in addition to whatever medications they’re currently taking.

“Patients say their mood has improved (without any changes in their antidepressant medications) and bowel symptoms have also improved, whether diarrhea, or constipation, or otherwise.”

A New Direction, But No Cure-All

For the moment, Dr. Bay believes probiotics are best used in conjunction with, rather than as a substitute for, antidepressant meds.

“Until I start seeing studies using probiotics as monotherapy, I would only consider them as an adjunct. I do not yet see a rationale for using probiotics to help wean people off antidepressants. The difficulties with weaning more often have to do with rebound symptoms from the medications’ receptor actions in the brain, as opposed to relapse of depression symptoms.”

Jane Foster, PhD, a behavioral neuroscientist at McMaster University, Ontario, has been studying the mechanisms by which human genetics influence microbiome composition, and how this in turn affects neurological and immune system function.

She says it is doubtful that probiotics will ever become the top treatment choice for all depressed people, but for certain subsets they very well could be first-line options. The key, she says, is in developing accurate biomarker and fecal tests that help clinicians determine which patients will most likely benefit from them.

That biology, Foster says, is complicated. One aspect of her research is focused on how commensal microbes communicate with each other and with host physiology. “It is a very complex ecosystem.”

As any clinician knows, the symptoms of depression are very heterogeneous, with diverse clinical subtypes. Likewise, microbiome composition is highly variable.

While researchers have shown that certain types of depression are associated with certain patterns of microbiome composition, the relationships have not yet been fully clarified, and there are not yet any fully-reliable, “ready for prime time” tests that can guide clinical use of probiotics in this context.

That said, Dr. Foster suggested that depression characterized by prominent anxiety, insomnia, or anhedonia might be more responsive to probiotic-based therapies than other clinical subtypes.

The good news, says Foster, is that probiotics are unlikely to cause harm, and when they do work they can simultaneously affect the gut, the brain, and the immune system. So that’s a lot of therapeutic punch from one product.

By what mechanisms do probiotics affect cognitive function? It’s a vast scientific question.

There’s considerable debate about whether or not organisms from probiotic supplements actually colonize the user’s gut. Dr. Foster says that many researchers believe that they do not, but that as they transit through the GI tract, they generate a lot of short chain fatty acids, serotonin, neurotransmitter precursors, and other signaling molecules that contribute to beneficial shifts in the microbial ecosystem.

Dr. Bay hypothesizes that, “the gut microbiome may be the what links the serotonin receptors in the brain to those in the gut. Optimizing the gut microflora results in feedback to the pathways in the brain that regulate mood. What I tell patients is that scientists are finding out more about the connections between bacteria in the gut and overall well-being including brain function, and that a probiotic may improve their mood as well as their bowel symptoms.”

He finds they are generally very open to the idea. “Most people are at least aware of probiotics, and the importance of the proper bacterial balance for GI health. Some have already tried one.”

The multi-strain formulation produced by Winclove and utilized in the Leiden study will be launched in the US this Spring as a product called Target GBX (gut-brain axis) by Klaire Labs. Research on the product will be spotlighted in the Mental Health Innovation Zone at the American Psychiatric Association’s upcoming annual meeting in May.