A new form of immunoglobulin therapy is gaining popularity as an effective solution for hard-to-treat autoimmune and gastrointestinal diseases.

SBI works primarily by binding to immunostimulatory microbes and environmental toxins, facilitating their clearance from the body, thus disrupting or, ideally, preventing the triggering of immune system responses. Practitioners who have begun using SBI with patients say it represents a breakthrough for downregulating autoimmune processes.

Across the globe, autoimmune disease rates are surging, sparking a need for novel treatments to improve immune function. At the Institute for Functional Medicine’s 2018 Annual International Conference in Hollywood, Florida, Jill Carnahan, MD presented SBI supplementation as an adjunct to conventional autoimmune therapies.

“Bovine-derived immunoglobulins are really exciting for me, because I see so many suppressed immune system issues,” she said. “The environmental toxic load and infectious burden is so heavy on our population that most of the people I see come in with a completely overwhelmed immune system. This could be old Epstein-Barr or other viruses, bacterial infections, or gut dysbiosis — but what I see is this mess of infection and toxins in really sick individuals,” Carnahan explained.

Exposure to toxins and infections are so commonplace nowadays that she’s, “boiled functional medicine down to these two things. I always ask, ‘is it one, or is it both?'” Carnahan told her IFM audience.

Antimicrobial drugs, the conventional treatment for infections, are good at killing microbes — both harmful and beneficial ones — but they also leave potentially toxic components,

like lipopolysaccharides (LPS) in their wake. While holistic clinicians may prescribe probiotic supplements alongside antimicrobials to lessen microbiome disruption, they seldom recommend anything to actually remove LPS and other unwanted microbes and toxins.

LPS are large molecules found in the outer membranes of pathogenic gram-negative bacteria. If they cross over from the gut lumen into the bloodstream, they can elicit a strong innate immune response known as metabolic endotoxemia. This condition is particularly problematic in patients with intestinal permeability, which increases the risk of systemic inflammation via translocation of LPS throughout the body. Inflammatory bowel disease, small intestinal bacterial overgrowth, NSAID therapy, certain infections, food allergies, mast cell disorders, and chronic alcoholism are just a handful of the many factors that lead to or perpetuate intestinal permeability.

Carnahan pointed out that patients with autoimmune disorders frequently present with gut dysbiosis as well. “I assume that if there is autoimmune disease, there is likely also intestinal permeability and endotoxemia — there’s no need to waste money on testing,” she urged.

Metabolic endotoxemia is linked to a broad range of chronic conditions, from heart disease and autoimmunity to depression, anxiety, and insomnia. It is also a common trigger of insulin resistance, weight gain, and diabetes. It is marked by an increase in serum LPS during the first five hours following meal consumption. High fat, calorie-dense meals prompt larger LPS increases, and certain types of dietary oils and fats–saturated fats, for example– are more likely than others to induce endotoxic events.

SBI therapy helps enhance healthy gut barrier function and heal a leaky gut. Immunoglobulins like the proteins concentrated in SBI products bind to microbes and toxins in the GI tract, eliminating them without activating the immune system.

“From H. pylori  to enterobacter to different viral toxins, SBI will actually give patients a passive immunity to help bind up those toxins,” Carnahan explained. Cell culture work by Detzel and colleagues shows that SBI can bind to a host of immune-triggering microbial cell wall components, including LPS, Peptidoglycan, Flagellin, and Zymosan. It also binds C. difficile- derived toxins A and B (Detzel CJ, et al. PLoS One. 2015: 10(4))

In 2013, researchers at the University of Western Ontario, randomized a cohort of 66 patients with established diarrhea-predominant IBS to six weeks of treatment with a soy protein placebo or SBI at doses of either 5 g or 10 g per day. Compared with the placebo, both doses of SBI produced statistically significant reductions in IBS symptom burdens. Particularly, the 10 gram regimen resulted in major reductions of abdominal pain, loose stools, bloating, flatulence, defecation urgency, and overall symptom scores (Wilson D, et al. Clin Med Insights Gastroenterol. 2013; 6: 49-60).

Though one can certainly question whether soy protein is truly an inert placebo ingredient, the findings do suggest that SBI has clinically meaningful effects. 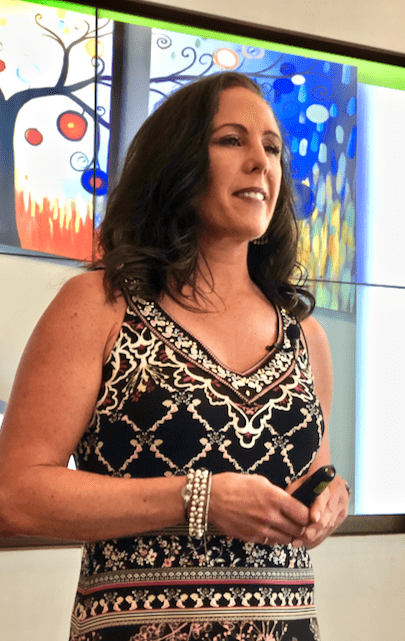 For patients with complex autoimmune conditions, especially those “who’ve been everywhere and tried everything else,” Carnahan suggests SBI as a next step. In her practice, she may first check patients’ serum or stool immunoglobulin A (IgA) levels to evaluate mucosal immune system health. Suppressed IgA, an indicator of low mucosal immunity, suggests impaired elimination of bacterial endotoxins or other toxic components from the gut. Patients with impaired mucosal immunity are good candidates for SBI therapy.

A 2015 study of patients with inflammatory bowel disease (IBD), including Crohn’s disease and ulcerative colitis, found that SBI provides benefit in patients whose symptoms aren’t fully managed by conventional therapies alone. “SBI should be considered for the nutritional support of IBD regardless of disease activity, location, phenotype, duration, or complexity,” the study’s authors propose (Shafran, I. et al. Ther Adv Gastroenterol. 2015; 8(6): 331–339).

Carnahan’s immunoglobulin therapy of choice is a supplement called SBI Protect (Ortho Molecular Products). It is the only purified, dairy-free source of concentrated IgG currently on the market.

SBI Protect is available in both powder and capsule forms. Carnahan finds that exact dosing is easier with the powdered form, so she generally recommends that. Patients describe it as mostly tasteless, and find that it mixes well with water, juice, or any other liquid, making it simple to use.

For most people, the appropriate dose falls between 2.5 to 5 grams, twice a day. While Carnahan typically recommends using the product either between or before meals, she mentioned that some patients like to mix the powder into smoothies, and have found it effective even when consumed along with other food.

She generally advises patients to follow the SBI regimen for four to six months. Those who tolerate and respond well to SBI can continue therapy for longer. Carnahan also noted that patients experiencing loose stools or other severe autoimmune or gut symptoms may benefit from higher daily doses over a shorter period of time. She suggested doses upward of 5 grams twice per day for about a week or two in more extreme cases.

Significantly, just about anyone can safely take SBI. While it hasn’t yet been studied in infants, bovine immunoglobulins are otherwise appropriate for individuals two years of age and older. There are no known drug interactions, restrictions on duration, or adverse events associated with SBI treatment. The one side effect Carnahan has observed in clinical practice is an occasional bowel effect in patients who are already constipated.

Because the immunoglobulins in SBI Protect are derived from cattle plasma, the only real contraindication is beef allergy. Even then, Carnahan says, it’s not a significant problem. “I often have patients with beef allergies who can take collagen products or SBI, so even an allergy wouldn’t be an absolute contraindication,” she reported.

Prior to Ortho Molecular’s introduction of SBI Protect, Carnahan prescribed similar medical foods. Older immunoglobulin products, however, contained controversial ingredients like dextrose, which is no good for patients with gut conditions like SIBO or SIFO. Furthermore, the products were usually dairy- or egg-based, so patients with dairy or egg allergies or sensitivities could not take them.

Carnahan herself wrestled with prescribing an earlier product that was not only corn-derived, but contained GMO corn. “I had a problem as a practitioner,” she said, “because I did not really like to give my patients that product — but it was the only thing on the market, and it worked.” She welcomes the new dextrose-free, dairy-free, non-GMO option.

A multitude of Carnahan’s patients suffer from immune deficiencies and technically qualify for intravenous immunoglobulin (IGIV), the treatment of choice for patients with antibody deficiencies. This is an extremely effective treatment for various autoimmune and infectious diseases. But IGIV is also incredibly expensive, which limits the number of patients who can afford it. SBI is a less expensive, more easily accessible option.

“When I can’t give IVIG,” Carnahan argued, SBI treatment “is as close as I can get for an oral support for the immune system — and that’s pretty profound.”