Home | Topics | Functional Medicine | The Virome: 10 Facts about Viruses You Might Not Know
View Cart

The Virome: 10 Facts about Viruses You Might Not Know 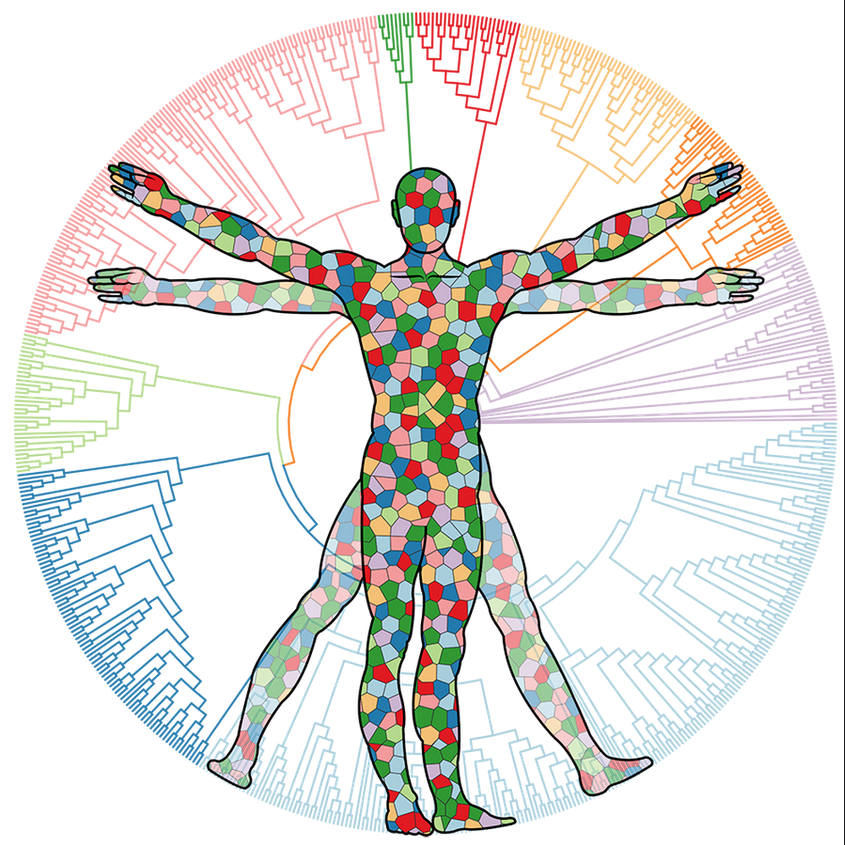 The COVID pandemic has put viruses and virology front and center in public consciousness. It has also triggered an unprecedented surge in viral research, with hundreds of new papers posting every day.

All that we are now learning underscores how little we really know about the virome—the fascinating and vast world of viruses.

What is known about viruses is both fascinating and unsettling. Here are some viral facts that many people do not know:

There are an estimated 380 trillion viruses inside the average human body. Read that again. There are around 380 trillion viruses in (and on) your body. That’s ten times the already staggering number of bacteria in the typical human microbiome, according to an article by UC San Diego’s David Pride, and Rockefeller University’s Chandrabali Ghose, on the EarthSky website.

Most viruses are entirely harmless: Viruses have a justifiably bad reputation among us humans. Smallpox, AIDS, Dengue Fever, Polio, Ebola, and now COVID…these are just a few of the horrendous human diseases in which viruses play a central role. But the vast majority of viruses—and the operative word here is ‘vast’—cause no harm to humans whatsoever.

Fifty years ago, prior to the discovery of probiotics and the microbiome, bacteria were similarly vilified as pathogenic “germs.” Today, we understand that while some bacteria are indeed harmful, others are beneficial. We’re starting to learn the same thing about viruses. Most are harmless, some are helpful.

The virome is a key component of the microbiome: The microbial ecosystem in and on our bodies is a complex universe of bacteria, fungi, protozoa, and viruses. The majority live in the gut, particularly the large intestine. Viruses are more likely to “infect” other microorganisms than human host cells, and they play an important role in regulating bacterial populations, in some cases destroying bacterial pathogens.

The widely celebrated CRISPR-Cas gene editing process that transformed the biotech world was initially developed by bacteria, as a way of ridding themselves of viruses.

In a 2012 paper entitled, Emerging View of the Human Virome, Kristine M. Wylie and colleagues at the Washington University School of Medicine point out that prokaryotic viruses that infect bacteria, “can also influence human health by affecting bacterial community structure and function.” Wylie stresses that “analysis of the human virome is critical as we aim to understand how microbial communities influence human health and disease.”

Viral DNA comprises roughly 10% of our “human” genome: Many different types of viruses or viral genetic sequences have become integrated within our human 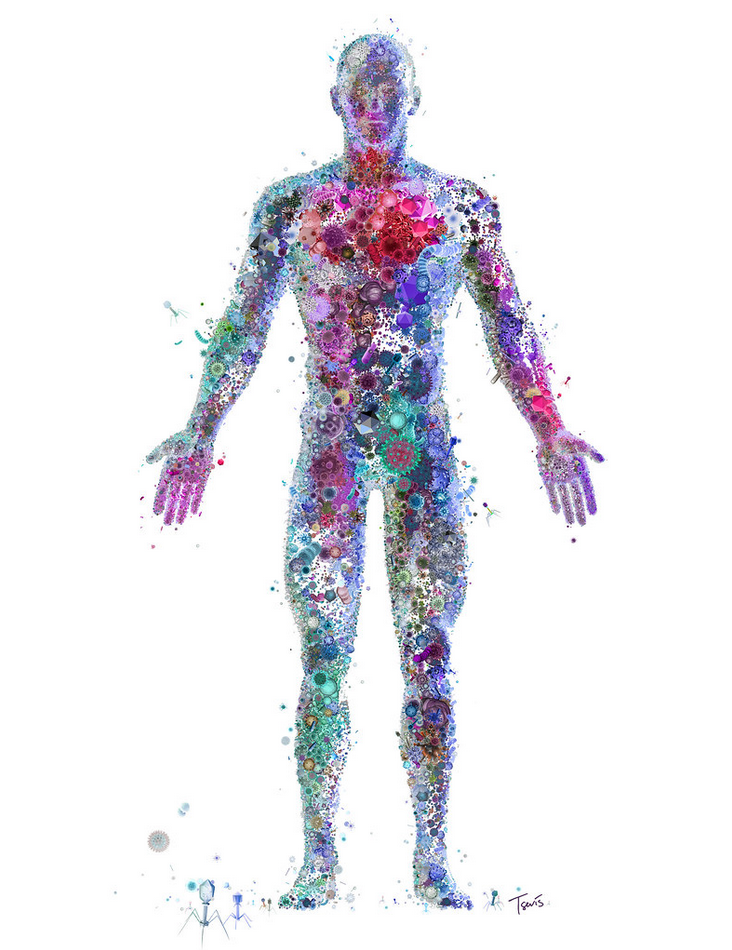 genetic material. To some extent, viruses make us who and what we are. According to researchers at the University of Heidelberg, genes from viruses known as HERVs (human endogenous retroviruses) account for up to 9% of the total human genome. They’re transcribed routinely in many different human tissues, and they cause no harm.

Viruses mutate and evolve—very quickly: Practically since early microbiologists discovered viruses, there’s been a long-running debate about whether viruses are truly alive. That debate continues to this day. Some argue that because they cannot survive and cannot replicate outside the cells of an animal, plant, or microbial host, they are not really living organisms. Others argue that no organism is entirely self-dependent; we all rely on a host of some sort.

But nobody can dispute the fact that viral genomes change and evolve. And they do so far more rapidly than bacterial, plant, or animal genomes.

Viruses are constantly morphing, either through recombination in which two viruses infect the same host cell simultaneously which results in the release of a new virus with mixed genetic materials; or through mutation, where an error occurs in the transcription process during replication.

Viral virulence is often species-specific: Only a tiny fraction of the virome is pathogenic, which begs important questions: What is different about the viruses that cause harm and the quadrillions that do not? Did pathogenic viruses originate as harmless ones that somehow became more harmful?

The answer to that second question is, Yes. But the key factor is the host species.

Many human viral pathogens originated in other animals—bats, birds, pigs, other primates—in which they cause no harm. That’s because the immune systems of the animals of origin in which the virus evolved, are able to keep them under control. But if a virus makes an inter-species jump, it’s another story.

Interspecies infectivity is itself a major evolutionary step for a virus.

“When a virus enters a new host, there’s often a brief period of acclimation, a little span of time when it’s mutating a bit and finding ways of better existing within that new type of body,” explained science journalist Ed Yong, in a recent interview on National Public Radio.

“And that’s what we saw with SARS classic. It took a little while before the virus became very good at infecting humans. That doesn’t seem to be the case with this new coronavirus. It seems to have been a really good human pathogen right off the bat, so to speak.”

It is important to also keep in mind that host susceptibility to any viral pathogen is influenced by overall health status, nutritional status, environmental conditions, and immune system health.

Bats are very good at fending off viruses: Some of the worst viral disease outbreaks in recent years (SARS, MERS, Ebola, SARS-CoV-2) have been linked to bats—the second largest order of mammals after rodents. 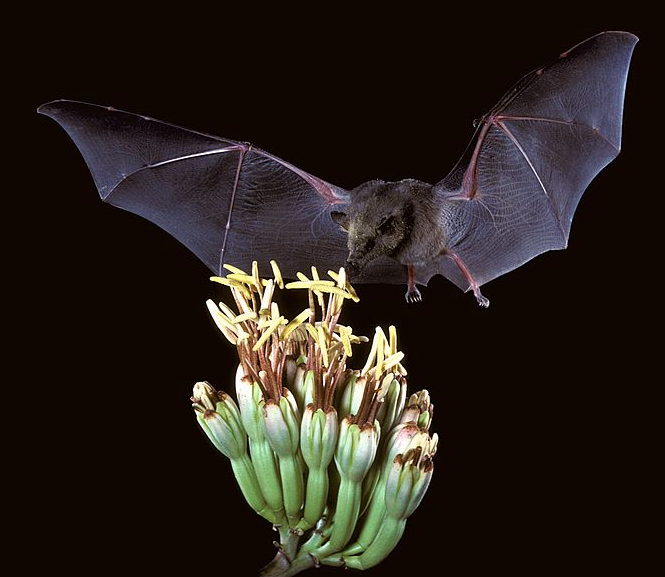 What is it about these generally harmless nocturnal animals that makes them hosts to such deadly viruses? The answer is, their immune systems.

According to researchers at UC-Berkeley, bats have extremely strong immune systems, particularly for fighting off viruses. But this puts tremendous selective pressure on the virome.

“Some bats are able to mount this robust antiviral response, but also balance it with an anti-inflammation response,” said Cara Brook, a postdoctoral Miller Fellow at UC Berkeley and the first author of the study. “Our immune system would generate widespread inflammation if attempting this same antiviral strategy. But bats appear uniquely suited to avoiding the threat of immunopathology.”

Bat immune systems are constantly primed to respond to viruses, and this drives viruses to greater virulence at a faster rate. The increased potential virulence does not necessarily harm the bats. But if one of those viruses makes an interspecies leap into humans or other animals, it can wreak havoc.

Viruses that look similar may be very different: To a child, whales and fish seem like the same sort of animal: they share similar bodily forms, and they live in the water. We know that beyond their outer shape, they are so different physiologically, metabolically, genetically and behaviorally, that they are totally unrelated.

According to virologist Nathan Wolfe, Founder and Chairman of Metabiota—a company specializing in epidemic tracking systems–our understanding of viruses is often just as child-like.

Two viruses that appear to be very similar, and that have been categorized in the same family based on morphology, often have almost nothing in common genetically. That’s because many viruses are polyphyletic—they look much alike, but genetically they are unrelated, and do not share common progenitors.

The virome contains “dark matter”: In the last decade, virologists have discovered a tremendous amount of genetic material that they describe as “viral dark matter.” These gene sequences seem to be viral in nature, but are so different from the sequences of well-known viruses that they can’t be detected with most 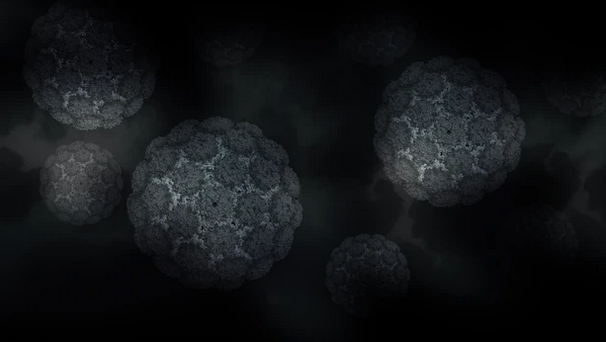 The neologism echoes the astronomical term, dark matter, which describes gravitational perturbations that astronomers have observed, though the entities causing them are not themselves detectable.

In a fascinating QuickTake video by Bloomberg News, National Cancer Institute researcher, Mike Tisza says this is a good analogy for what today’s virologists have discovered. “We can’t detect it with any of our reference viruses, but we know it exists, we can see it, and it has features that are vaguely like a virus.”

NCI senior investigator, Christopher Buck, who directs the Laboratory of Cellular Oncology, says the viral dark matter came to light as he and other virologists sought to characterize polyomaviruses, papilloma viruses, and other viruses that might play a role in human cancers. In that process, they found large numbers of never before seen viruses, virus-like entities, and genetic sequences that nobody had ever seen before.

The clinical significance of these discoveries is still largely unknown. But today’s researchers have a host of incredibly powerful data processing tools to help them identify and characterize viruses that contribute to human disease—and human health.

Anita Teresa Boeninger and Val Elefante are writers and practitioners in the realms of integrative health, human sexuality, and the interplay between science and embodied wisdom.  With the advent of the novel coronavirus named Covid-19/SARS-COV 2, we became curious about the nature of viruses, and how viruses interact with the human species. We began asking the question: is there another way to relate with viruses besides viewing them as dangerous enemies lurking in the corners, waiting to attack us? As this is still a new area of science, there is much to learn about these ancient precursors to all biological life on earth.