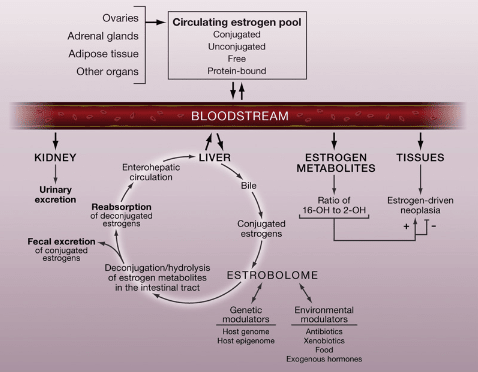 The surge of microbiome research over the last decade is reshaping much of what we thought we knew about human biology. Nowhere is this more true than in the emerging discoveries about how the microbiome—or substances produced by it—affect estrogen metabolism.

Specific nutraceuticals, probiotics and botanicals can be used to promote a healthy and protective microbiome that favors estrogen conjugation and excretion. This, in turn, reduces the likelihood of oncogenesis, tumor progression, and recurrence.

Dysbiosis, a disruption in the healthy ecology of the microbiome, may promote deconjugation and recycling of estrogens via the entero-hepatic circulation, increasing a woman’s estrogenic exposure and contributing to increased risk of breast cancer and other estrogen-driven cancers. Dysbiosis also causes local and distant increases in inflammation and inflammatory cytokines, a hallmark of cancer (Belkaid Y, Hand T. Cell. 2014; 157(1): 121–141. Shapira I, et al. ISRN Oncol. 2013)

Normally, circulating estrogens are metabolized and conjugated in the liver via glucuronidation resulting in glucuronides, which do not bind to estrogen receptors. Estrogens conjugated with glucuronic acid are more hydrophilic, allowing for excretion via bile or urine. Glucuronides (conjugated estrogens) are primarily excreted from the liver into the bile and then later out of the body in the stool. A small amount is excreted in the urine.

Some gut bacteria produce the beta-glucuronidase enzyme that leads to deconjugation of glucuronic acid from estrogen, in effect reversing the normal hepatic detoxification process. Beta-glucuronidase (BG) is produced in increased amounts with a dysbiotic intestinal ecology. The more BG that gets produced, the less estrogen excreted and the more it is recirculated.

That’s because the bacterial BG leads to the deconjugation of estrogen metabolites in the intestinal tract. These deconjugated estrogens are now eligible for re-uptake and recirculation via enterohepatic circulation. Deconjugation may result in greater reabsorption of free estrogens, increasing the risk of estrogen-driven cancers such as breast, ovarian, and endometrial cancers (Plotnikoff GA. Glob Adv Health Med. 2014; (3):33-43). 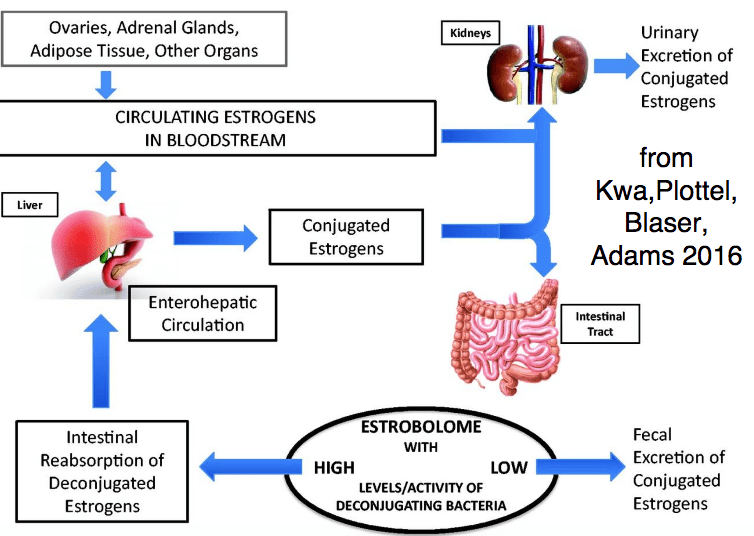 Goedert et al demonstrated that b -glucuronidase is produced in increased amounts by dysbiotic intestinal ecology. In post-menopausal women newly diagnosed with ER+ breast cancer there is a less diverse fecal microbiome. Fecal b -glucuronidase is inversely correlated with fecal total estrogens, both conjugated and unconjugated.

The good news is that the deconjugation, or reversal of liver detoxification caused by increased microbial production of BGis a modifiable risk factor.

But there’s more to the story than just b -glucuronidase. It appears that intestinal microbial richness itself has influence on the levels of non-ovarian estrogens in the enterohepatic re-circulation. (Goedert JJ, et al. J Natl Cancer Inst; 2015 107(8)).

Dietary, the Microbiome, and Estrogen

The diet has a profound and highly dynamic impact on the composition and function of the microbiota. Multi-directional interaction exists between a woman’s diet, her immune system, and the commensal microflora living in her GI tract. The immune system is not only controlled by its symbiotic relationship with the microbiota, it is also exquisitely sensitive to the nutritional status of the host.

Microbial BG production is increased in women who eat high fat, high protein diets and it is decreased with diets high in fiber. Simply put, diets high in animal proteins increase BG while plant based vegetarian diets low in animal protein contribute to lower levels of intestinal beta glucuronidase. This is one reason why researchers have consistently observed lower incidence of breast cancer among women who are vegetarians.

Vegetarian women excrete 2 to 3 times more estrogen in feces than do omnivores. Omnivores have about 50% higher mean plasma level of unconjugated estrone and estradiol than vegetarians.

Prebiotic Foods: All of the following foods are high in soluble fiber and fructo-oligosaccharides, which promote the growth of beneficial bacteria: chicory, asparagus, banana, Jerusalem artichokes, 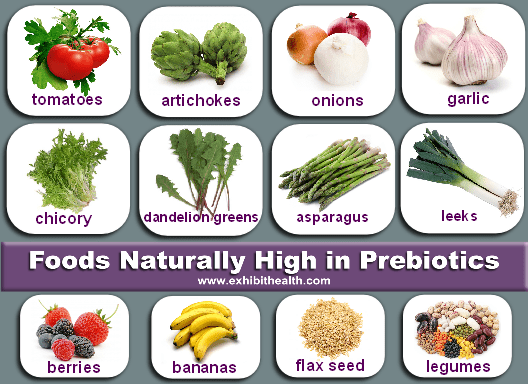 Dietary polyphenols and their metabolites modulate gut microbial balance by stimulating growth of beneficial bacteria such as Lactobacillus and Bifidobacterium, while simultaneously inhibiting pathogenic bacteria.

But it is a bi-directional interaction, because polyphenols also depend upon gut microbiota for their transformation to the active metabolites that play a role in regulating inflammation, carcinogenesis, apoptosis, cell proliferation and modulation of enzymes (Chen F, et al. J Ethnopharmacol. 2016; 179: 253-64. Ozdal T, et al. Nutrients. 2016; 8(2): 78).

Several readily accessible and inexpensive vitamins and nutraceuticals can also be helpful in positively affecting the estrobolome to lower lifetime estrogen exposure and reduce cancer risk. These include:

Vitamin A (Retinoic Acid). Vitamin A is required for the induction of protective immunity, and it also influences the composition of the microbiome. In the intestines, retinoic acid contributes to the specialization of mucosal dendritic cells, which are an integral part of local gut immunity (Hibberd MC. Sci Transl Med. 2017; 9(390).

The key point in all of this is that a woman’s lifetime burden of estrogen exposure may reflect the metabolic function of her Estrobolome, the aggregate of enteric bacteria that metabolize estrogens.

A healthy Estrobolome favors estrogen conjugation and excretion. But with overgrowth of bacteria that produce b -glucuronidase, there is an increased deconjugation of estrogen, followed by enterohepatic recirculation of estrogens, thus increasing a woman’s lifetime exposure. Higher lifetime estrogen exposure is correlated with increased risk of several common forms of cancer in women.

Fortunately, the composition of the Estrobolome and the activity of b -glucuronidase can be modulated by dietary factors, prebiotic soluble fibers, culinary herbs and spices, and targeted use of specific phytochemicals and nutraceuticals.

By paying greater clinical attention to nurturing a healthy Estrobolome, we can go a long way in helping our patients reduce their risk estrogen-driven cancers.

To learn more about how to support people with cancer or elevated cancer risk, visit: American Institute of Integrative Oncology (www.aiiore.com).

Nalini Chilkov, LAc, OMD is a seasoned clinician and innovator, building bridges between modern and traditional healing paradigms and partnering with physicians to achieve the best outcomes for patients. She is formally trained in acupuncture and oriental medicine and specializes in the integrative care of people with cancer and other serious chronic illnesses. She is the author of “32 Ways to Outsmart Cancer,” and founder of the American Institute of Integrative Oncology. She practices in Santa Monica, CA