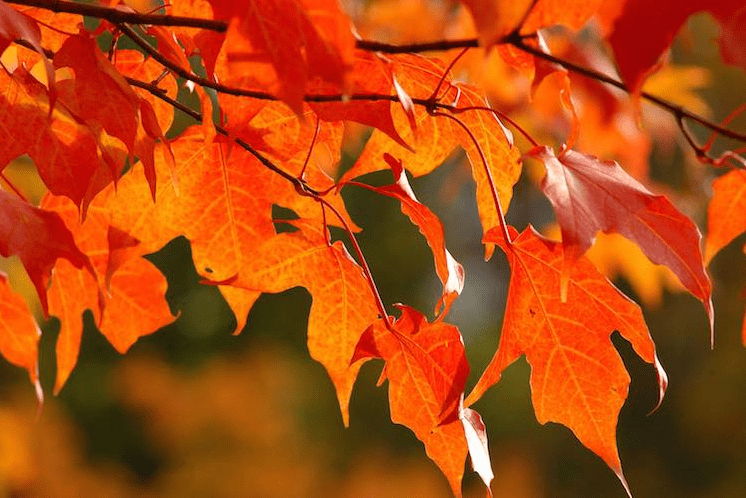 In traditional Asian medicine, detoxification cleanses are often undertaken at seasonal transitions, since those are the times that energetically correspond to the natural cycles of change—both in nature and within our bodies.

This idea has certainly entered modern thinking about health and wellness. Many health-conscious people now engage in Spring or Fall detox programs. As we enter the Fall season, odds are, some of your patients are experimenting with detox strategies—whether or not they tell you about them!

It is important for anyone interested in detoxification to understand a bit about the body’s various detoxification pathways, and the ways in which specific herbs and nutrients can support these processes.

During Phase I detoxification, specific nutrients are needed for support:

Phase II is the excretion phase. During Phase II, specific molecules are conjugated onto the intermediary metabolite. This process makes them nontoxic and water-soluble, so they can be eliminated through the urine or stool.

If a detoxification protocol is not done correctly, an imbalance can occur between Phases I and II. The result is that toxins are discharged into the circulatory system faster than the body can excrete them. This leads to significant short- and long-term side effects.

Many people experience this “healing crisis” and incorrectly believe it to be a healthy and inevitable aspect of the detox process. But that need not be the case.

By taking the detox slowly, and supporting the process with research-backed nutrients, patients can avoid this so-called healing crisis. Instead, we can create “healing spaces,” making room for the body’s natural process of cleansing and regeneration.

The Role of Biofilms & Galectin-3

A key aspect of detoxification is to address the accumulation of biofilms–collections of microbial cells enclosed in an extracellular polymeric matrix. Biofilms create hiding places not only for bacteria, but also for fungi, parasites, and toxins, and they thwart removal of these harmful substances.

By binding and incorporating toxic compounds and heavy metals, biofilms interfere with elimination and nutrient absorption, promote and protect co-infections, create arteriosclerotic plaque, and give cancer cells a place to hide.

Biofilms are built upon galectin-3–a β-galactoside-binding protein expressed by a variety of human cells. Galectin-3 is the only known “chimera” galectin: it has a very unique structure consisting of a single carbohydrate-recognition domain (CRD) and a disordered sequence at the amino-terminal end of the protein.

It’s this N-terminal domain that allows galectin-3 monomers to link and form pentamers, which then create lattices with glycoproteins and glycolipids on the outside of the cell. A biofilm is built upon this lattice structure.

Galectin-3 is upregulated in the initial response to a bacterial infection, but subsequently, it becomes a driver of chronic inflammation, fibrosis, and immune suppression.

Given its role in harboring toxins, and raising various health risks, galectin-3 needs to be a target of any successful detoxification strategy.

Modified Citrus Pectin (MCP) breaks down the pentamers and lattice formations created by galectin-3. It is solidly proven to be a very effective galectin-3 blocker. MCP is created from the pectin found in

In its natural state, citrus pectin is too large to be digested or absorbed by the intestinal tract (Niture SK, Refai L. Amer J Pharmacology and Toxicology. 2012;8(1):9-19). MCP is pectin that has been modified to smaller, less complex soluble fibers through an enzymatic process. The resulting substance has lower esterification (<5%) and low molecular weight (<15 kDa), which enables intestinal absorption into the circulatory system and increases bioactivity (Courts F. PharmaNutrition. 2013;1(1):22–31).

MCP can safely remove heavy metals without depleting essential minerals—a common problem associated with many other detox agents (Eliaz I, et al. Forsch Komplementmed. 2007;14:358-364. Zhao ZY, et al. Altern Ther Health Med. 2008;14:34-38). One study showed that patients reduced their toxic metal load significantly in as little as 6 days using MCP, as indicated by increased urinary excretion of lead, mercury, cadmium, and arsenic. But there was no negative effect on essential minerals or any side effects (Eliaz I, et al. Phytother Res. 2006 Oct;20(10):859-864).

One paper presented case study data from 5 patients, all of whom had documented toxic heavy metal levels, were free of dental amalgams, had ongoing unresolved clinical issues, and had suspected toxin exposure.

All 5 patients saw a significant decrease in their toxic heavy metal loads, as well as an improvement in clinical symptoms. No side effects were reported (Eliaz I, et al. Forsch Komplementmed. 2007;14:358-364).

Two of the patients took PMD (3 or 4 capsules twice daily) for 6 months. After 2 months, they added the Detox Complete formula (4 caps daily, in divided doses). Mercury levels decreased by 80% and 58%, respectively.

Alginate, found in the cell walls of seaweed is another superb detoxifier. A preclinical study showed that low-molecular-weight alginates act as anti-biofilm therapy (LC, Sowedan A, et al. Biofouling. 2013;29(4):413-421). Whereas MCP enters the bloodstream to clear toxins and heavy metals from circulation, alginates absorb heavy metals in the GI tract, which prevents reabsorption.

In one study of patients who ingested the herbicide paraquat, an alginate formula slowed the absorption of this toxin and allowed other treatment components to have a better effect. Mortality was significantly reduced with use of the alginate-containing preparation (Wilks MF, et al. PLoS Med. 2008 Feb;5(2):e49).

MCP and alginate in combination provide a comprehensive approach to detoxification by supporting both Phase 1 and Phase 2 of the detox cycle.

Silymarin is the extract of Milk Thistle seeds (Silybum marianum). It is a bioflavonoid complex that has hepatoprotective and antioxidant activity. This is attributed to its ability to inhibit free radicals produced from metabolism of toxic substances (Vargas-Mendoza N, et al. World J Hepatol. 2014;6(3):144-149).

Whether seen as a seasonal undertaking or as an ongoing effort to reduce the body’s toxic burden, detoxification can be aided by the addition of the extensively researched ingredients MCP, alginate, and selected botanicals, including milk thistle seed extract.