The Downside of Probiotics: Bloating and Brain Fog 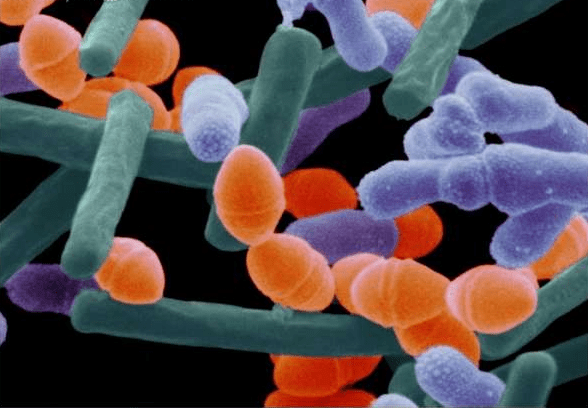 Probiotics can promote gut health and improve the symptoms of a range of different diseases. But emerging evidence suggests that use of “friendly bugs” can sometimes have decidedly unfriendly consequences, from gas and bloating to brain fog and even grave infections.

There are now a number of studies showing the efficacy of specific probiotics to prevent or treat several conditions, particularly gastrointestinal ailments. For example, the probiotic yeast, Saccharomyces boulardii, as well as Lactobacillus acidophilus and L. casei, can reduce rates of antibiotic-associated diarrhea in children and decrease the likelihood of recurrent Clostridium difficile infections. Supplementing with probiotics also helps quell symptoms associated with inflammatory bowel disease, combats H. pylori infection, and serves as an effective adjunctive treatment for patients with type 2 diabetes.

Recently, however, a number of publications appearing in medical journals as well as in the popular media have raised questions about the safety of probiotics. We are now learning that taking probiotics can sometimes trigger adverse events in some patients.

Gas, bloating, constipation, and diarrhea are among the milder side effects certain individuals report while taking probiotics. In 2018, researchers at the Medical College of Georgia, Augusta, published a small study in the journal Clinical and Translational Gastroenterology describing “a syndrome of BF [brain fogginess], gas and bloating” which, they argue, may stem from probiotic use (Rao, S. et al. Clin Transl Gastroenterol. 2018; 9(6): 162).

In the study, 42 patients experiencing symptoms like abdominal bloating, pain, distension, and gas were assessed for D-lactic acidosis and small intestinal bacterial overgrowth (SIBO). In addition to digestive discomforts, 34 of the 42 patients also reported brain fogginess.

The authors defined “brain fogginess” as “a constellation of symptoms comprised of mental confusion, impaired judgment, poor short-term memory, and difficulty with concentration, which is often transient and disabling.”

All patients in the brain fog group also reported that they were self-treating with one or more probiotic products, including different supplements containing Lactobacillus species, Bifidobacterium species, and/or streptococcus thermophillus, or cultured yogurt.

Among the subjects reporting brain fog symptoms, 63% had objective evidence fo SIBO, and 80% had D-lactic acid/L-lactic acidosis (based on breath testing, metabolic testing, and duodenal aspirate and culture). Among those who had GI symptoms alone, but no brain fog, only 28% had SIBO or acidosis.

The findings point to a notable correlation between cognitive symptoms, SIBO and other GI symptoms, and acidosis. The authors suggest that probiotics, and live-culture yogurts may be playing a role in worsening this triad.

The patients with both brain fogginess and evidence of lactic acidosis or SIBO  were asked to stop taking all probiotics and were instead treated with antibiotics (amoxicillin, amoxicillin-clavulanic acid, cotrimoxazole, rifaximin, metronidazole, tinidazole, or ciprofloxacin). The remaining patients without evidence of SIBO were asked to discontinue taking probiotics and eating yogurt, but did not receive any drug therapy.

“Lactobacillus species and bifidobacterium are the most common bacteria in probiotic formulations, and are felt to be useful in the treatment of irritable bowel syndrome, inflammatory bowel disease, and other intestinal problems. Both bacteria produce D-lactic acid.”–Satish Rao, MD, Medical College of Georgia, Digestive Health Clinical Research Center

Elimination of the probiotics–along with the antibiotic therapies–led to a significant improvement of symptoms in 70% of study participants, and a complete resolution of brain fogginess in 85%.

The researchers argue that brain fog is promoted by the production of toxic metabolites like D-lactic acid in the small intestine, a natural result of the the bacterial fermentation of carbohydrates by organisms such as lactobacillus and bifidobacterium, both of which are common in probiotic supplements.

Though Rao and colleagues are not “blaming” probiotics as the root cause of the patients’ SIBO, acidosis, or brain fog–and they acknowledge the limitations of their observational study–they do believe that the use of these products could very well be contributing to, or accelerating the problems.

Prolonged or excessive use of probiotics or cultured yogurt contribute to small intestinal colonization by lactobacilli and other kinds of bacteria resistant to commonly used antibiotics, possibly explaining the hard-to-treat nature of patients’ symptoms.

“Lactobacillus species and bifidobacterium are the most common bacteria in probiotic formulations, and are felt to be useful in the treatment of irritable bowel syndrome, inflammatory bowel disease, and other intestinal problems. Both bacteria produce D-lactic acid.” They also point out that while probiotics are supposed to deliver their bacterial loads to the colon, the extent to which this actually happens is highly variable and not always reliable.

Taking probiotics may sometimes lead to the unintended consequence of colonizing the small bowel, “especially in the presence of dysmotility or low-acid conditions that favor bacterial overgrowth.” The authors suggest that clinicians measure both D-lactate and L-lactate when assessing patients with symptoms of SIBO and brain fog, and in those with low motility or achlorhydria. For these people, probiotics might not be so friendly.

Apart from brain fog and gastrointestinal effects, probiotics can occasionally have more severe consequences, including allergic reactions and opportunistic infections.

Cohen, an assistant professor at Harvard Medical School and internist at Cambridge Health Alliance, who is an outspoken critic of dietary supplements in general, pointed out that dozens of case reports describe instances of fungemia and bacteremia––the presence of fungi/yeasts or bacteria in the bloodstream—in patients taking probiotics, particularly those with weakened immunity (Cohen, P. JAMA Intern Med. 2018; 178(12):1577-1578).

Critically ill patients, individuals who’ve undergone surgery, and very sick infants are also at higher risk for experiencing adverse events when supplementing with probiotics, according to the National Center for Complementary and Integrative Medicine’s (NCCAM) web page on probiotics.

While immunocompromised people are at obvious risk, Cohen is not entirely convinced that healthy people are completely free of risk.  “For healthy patients, the risks have not been carefully studied, so we don’t yet know if probiotics might introduce new antibiotic resistance genes into patients’ microbiomes, modify the immune system in unpredictable ways, or lead to other unintended consequences.”

Despite their potential side effects, probiotics are hugely popular. A 2015 NIH report found that 1.6% of adults––or 3.9 million people––used probiotic or prebiotic supplements in 2012, a four-fold increase over the figure of 0.4% reported just five years earlier in 2007.

In Holistic Primary Care’s 2016 practitioner survey, which garnered responses from 650 practitioners, probiotics were the top most recommended category of dietary supplements; 89% of respondents said they recommend probiotics to their patients, and 83% said they take probiotics themselves.

While initial evidence backs the use of specific microbes in specific clinical contexts, the widespread and unguided use of probiotic products–and the marketing hype that promotes it–has at this point overtaken the existing science.

Further complicating the picture are a number of quality concerns, including a lack of clear regulation of probiotic-containing products.

Depending on the nature, formulation, and intended use, probiotics are variously regulated by the Food and Drug Administration (FDA) as dietary supplements, food ingredients, or, in theory, drugs.

At present, there are no probiotic drug products approved by the FDA for the prevention or treatment of any health condition. Most probiotics are instead marketed as dietary supplements, which are not subject to pre-market approval as are pharmaceuticals. Companies that sell probiotic supplements are prohibited by law from making disease treatment claims–even if there is evidence to support the intended benefit.

Contamination is a concern, as it is throughout the dietary supplement industry. Studies have revealed the presence in commercial probiotic products of live organisms not listed on ingredients labels, calling issues like product purity and safety into question.

In his JAMA paper, Cohen described a 2016-2017 FDA inspection of 656 facilities producing a wide variety of dietary supplements. The FDA found evidence of violations in more than half of the inspected facilities. The most common violation was the failure  to accurately establish the identity, purity, strength, or composition of their final product. While these shortcomings were general, and not specific to probiotic problems, they do raise the index of suspicion.

Cohen also raises the concern that probiotics have the potential to introduce new genes into our microbiomes, especially genes that may confer antibiotic resistance. He argues that, like any bacteria, there is always a chance that bacteria sold as probiotics might display intrinsic as well as acquired resistance to antibiotics.

At this point, Cohen’s fear is more theoretical than evidence-based. But given what we know about the dynamic nature of bacterial evolution, it is a reasonable concern.

For clinicians, it is wise to be cautious when recommending probiotic supplements to patients.

On one hand, humans have been eating live microorganisms in the forms of yogurt, kefir, sauerkraut, cheese, kimchi, and other fermented foods for centuries. On the other hand, the selling of supplements full of live bacterial strains marketed to boost health is a far newer phenomenon. Scientists have not yet identified the full range of health benefits––or risks––these products can have.

“Don’t assume just because a bacteria has been safely consumed as a small component of a healthy diet for hundreds of years that taking pills containing millions of copies of the same bacteria will have a beneficial health effects,” Cohen said. “We are still at a very early stage of understanding the effects of daily intake of isolated strains of bacteria and yeast on the human body.”

We do know that select strains of bacteria and yeast are able, in demonstrated cases and clinical trials, to successfully help treat certain medical conditions, a fact that Cohen–who holds a generally negative view of supplements–is willing to acknowledge.

He holds that practitioners should “recommend specific strains of probiotics only for specific clinical indications,” and that they base their recommendations on “strong evidence from high quality randomized controlled trials.”

Do probiotics have a role in disease prevention or GI health maintenance. Many people–including many clinicians and researchers–believe this is a reasonable proposition. Cohen thinks not.

The reality is that there are no well-designed, long-term prospective trials to test the hypothesis that routine probiotic use will benefit healthy people without GI disorders or other illnesses.

That could change in the future, but for now the jury’s out.

With new developments in the microbiome field occurring seemingly daily, our understanding of how probiotics affect the GI ecosystem is also changing rapidly. It is challenging to stay up-to-date with the latest microbiome research.

What’s becoming clear, though, is that the unsophisticated strategy of throwing an assortment of microbes into our guts and hoping they’ll cure what ails us begs for refinement.

The intestinal ecosystem is extraordinarily complex, and much more subtly balanced than we once realized. A judicious approach to maintaning that balance will likely generate the most beneficial health outcomes possible.