A novel lactose intolerance treatment could soon become the first FDA-approved prescription therapy of its kind.

The drug – a galacto-oligosaccharide prebiotic product called RP-G28 – is currently the subject of stage 3 clinical trials. According to its maker, Ritter Pharmaceuticals, Inc., RP-G28 works by modulating the colonic microbiome, stimulating the growth of lactose-metabolizing bacteria to improve digestion of lactose.

Initial studies suggest that it provides relief by fostering specific gut bacteria that break down lactose, reducing production of gas and other unpleasant symptoms associated with lactose intolerance (LI).

In June 2018, Ritter initiated the first of two pivotal Phase 3 studies of RP-G28. Data from the first study is expected in the second half of 2019.

“We hope to be able to run one more Phase 3 study after that to support a new drug application sometime after its completion,” said Ritter Pharmaceuticals CEO Andrew Ritter. 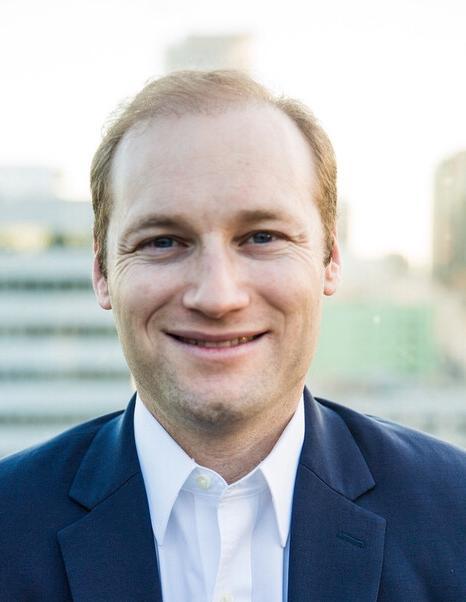 The results from earlier RP-G28 trials look very promising to patients who cannot tolerate dairy products. In a 2013 randomized, double-blind, placebo-controlled study, 85 patients with the condition received either RP-G28, in liquid form, or a similar liquid placebo for 35 days. They began with a 1.5 gram, once daily dose, and increased in five-day increments to a final dose of 15 grams total per day, taken as 7.5 grams twice daily.

Among those who took the prebiotic, lactose digestion and symptoms of intolerance trended toward improvement at the end of treatment period, and again at 30 days post-treatment. When compared with the placebo group, patients in the RP-G28 group experienced a notable reduction in abdominal pain. Fifty percent of RP-G28 subjects with abdominal pain at baseline reported no pain both at the end of treatment and in the 30 days following treatment (p = 0.0190). RP-G28 subjects were also six times more likely to claim lactose tolerance post-treatment after reintroducing dairy foods (p = 0.0389).

Treated patients experienced few adverse events, leading researchers to the conclusion that higher doses of the prebiotic might be well-tolerated and have an even more pronounced effect on lactose intolerance symptoms.

More recently, Ritter presented data from a Phase 2b trial of RP-G28 at the October 2018 Annual Scientific Meeting of the American College of Gastroenterology in Philadelphia. Compared to the placebo group, treated patients showed significant increases in several species of bacteria associated with lactose metabolism. Notably, bifidobacteria increased in 78% of patients in the RP-G28 groups (p = <0.001).

That’s certainly good news for patients pained by dairy foods. But how necessary is a prescription drug for the lactose intolerant, and how much value does it really offer?

Approximately 40 million Americans experience digestive discomfort after consuming lactose-containing foods like milk and dairy products. In about a quarter of those cases, patients exhibit moderate to severe symptoms ranging from gas and bloating to diarrhea, nausea, and vomiting.

Ritter holds that of the millions of lactose intolerance sufferers in the US, many–if not most– are unsatisfied with the limited treatment options available today.

There are presently “no FDA-approved drugs to treat this affliction which, according to market research, severely impacts the lives of those who have it, represents a significant societal burden, and is generally considered a significant unmet need,” Ritter explained. His interest is as much personal as professional.

Affected by lactose intolerance himself during childhood, Ritter recognized that need – and saw an opportunity to address it. He experimented with strategies for alleviating his own symptoms at a young age, and won several high school science contests, ultimately inspiring him to develop various prototypes of the formula that later cured his own symptoms.

Complete dairy avoidance is the most commonly recommended – and generally most effective – lactose intolerance treatment. But with obscure milk-derived ingredients lurking in a huge number of modern foods and beverages, it can be extremel challenging to go completely dairy-free.

Some find that over-the-counter enzyme supplements aid with lactose digestion, helping to relieve the symptoms. Ritter points out, however, that products containing lactase – the enzyme that promotes lactose breakdown – “have produced mixed results, and those that work have to be diligently taken, in the correct amounts, before consuming dairy.”

Despite those inconsistent outcomes, demand for lactase enzyme products is booming not just in the US, but worldwide. As indicated in a recent report from Persistence Market Research, the lactase market, valued at around $1.24 billion in 2017, is expected to jump to roughly $1.65 billion by the end of 2025.

The growth will be driven by increased awareness about lactose intolerance, a rise in self-diagnosis of the condition, and a growing demand for lactose-free food products. Additionally, an increase in the consumption of milk products in regions with historically lower dairy use, including parts of Asia and Latin America, has opened new channels for medical products that were once unnecessary. In those areas, lactose intolerance is climbing in step with increased dairy consumption.

When it comes to both pre- and probiotic products, all strains do not provide equal symptom relief. Arnold and colleagues note the “importance of strain-specific bacterial metabolism in the selection of probiotics and synbiotics to alleviate symptoms of gastrointestinal disorders including lactose intolerance” (Arnold, J. et al. Nutrients. 2018; 10(10): E1517. doi: 10.3390/nu10101517).

Ritter believes his company offers a solution that is better than probiotics. “Probiotics generally are not considered to produce a durable effect,” he proposed. “Our prebiotic is selective in that it appears to differentially stimulate the growth of lactose-digesting bacteria, and not all bacteria broadly.”

Until further evidence clarifies otherwise, dairy avoidance is still the surest way to address lactose intolerance. “Our research indicates that, while not satisfactory to either doctors or patients, dairy avoidance generally ranks higher in their minds ahead of over-the-counter enzyme supplements, followed by the dietary substation of dairy-free food products” like almond milk, soy ice cream, or cheese substitutes, Ritter explained.

If Ritter’s RP-G28 product performs as well in the phase 3 trials as it did in the earlier studies, dairy-intolerant patients could soon have another treatment option to choose from.