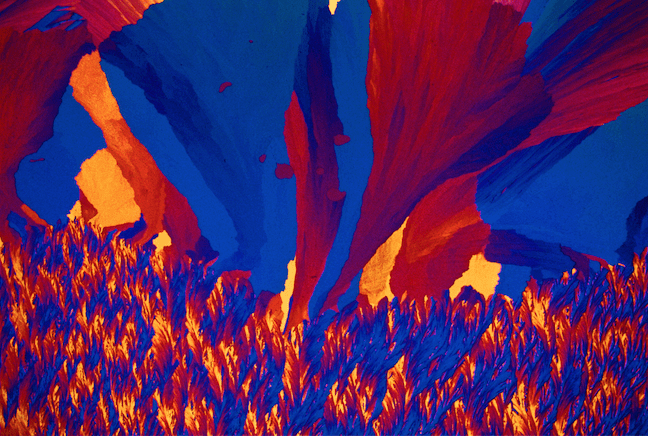 Findings from the massive VITAL study may have dashed the hope that vitamin D supplementation can prevent cardiovascular disease and cancer. But there are many other reasons to consider using this important vitamin.

A number of notable studies published over the last two years suggest that vitamin D may be beneficial in preventing or managing irritable bowel syndrome, peptic ulcers, and metabolic syndrome.

Here’s a roundup of recent findings:

The European Journal of Clinical Nutrition published a review of seven small studies looking at the impact of vitamin D on Irritable Bowel Syndrome (IBS). The authors, from the Department of Oncology & Metabolism, University of Sheffield, UK, concluded that “an inverse correlation between serum vitamin D and IBS symptom severity is suggested and vitamin D interventions may benefit symptoms.”

The researchers reviewed all available studies of IBS and vitamin D—four observational case control studies, and three randomized trials. They found a common thread: Regardless of ethnicity, low vitamin D levels were prevalent among IBS patients.

In one such study of 1,000 US patients, 72% of women and 3% of men with IBS had serum levels below 30 nmol/L. And a retrospective case-controlled study of 55 children and adolescents with IBS showed that only 7% of the kids were vitamin D sufficient, compared with 25% of healthy control subjects matched for age and BMI.

The three randomized trials of vitamin D supplementation all indicate that the intervention does have some statistically significant benefit in reducing symptom burden and quality of life.

“It is evident from the findings that all people with IBS should have their vitamin D levels tested and a large majority of them would benefit from supplements,” the authors note (Williams CE, et al. Eur J Clin Nutr. 2018: 721358-1363).

However, the Sheffield researchers also cautioned that larger studies are needed before vitamin D can be widely recommended in the management of IBS. “The available RCTs do not provide strong, generalizable evidence.”

Most recently, a study in the Journal of the American College of Nutrition corroborated the high prevalence of vitamin D deficiency in patients with IBS. Deficiency was associated with a higher severity of clinical symptoms and lower quality of life (Abbasnezhad A, et al. J Am Coll Nutr. 2018, epub ahead of print).

IBS affects between 25 and 45 million people in the United States. Two in three IBS sufferers are female, according to AboutIBS.org. The condition can have profound negative impact on quality of life, with symptoms that range from annoying to paralyzing. While there’s no definitive evidence—yet—that vitamin D supplementation is therapeutic, it could potentially contribute to improvement in overall health status.

An Adjunct for H. Pylori Eradication?

According to a 2017 study, a patient’s vitamin D level can influence responsiveness to drug therapies for eradicating Helicobacter pylori.

In the eradication failure group, the mean vitamin D levels were significantly lower than in the group that responded well to the drugs (mean of 9.13 ng/ml vs 19.03 ng/ml).

Vitamin D deficiency was far more prevalent among the patients who did not respond to the H. pylori eradication regimen (84% vs 15%). Looking at the data another way, among the vitamin D deficient patients, only 15% showed full eradication of H. pylori. In the vitamin D sufficient cohort, 86% of the patients responded completely to the quadruple regimen (Yildirim O, et al. Adv Clin Exp Med. 2017; 26(9): 1377-1381).

The authors, based at the Department of Gastroenterology, Inonu University, Turkey, believe vitamin D deficiency may be a risk factor influencing the outcome of H. pylori eradication, though the reasons for that relationship are unclear. They suggest that there may be a need for vitamin D supplementation before attempting eradication therapy, especially in people with frank deficiencies.

A study published in Maturitas concluded that postmenopausal women with vitamin D deficiency are at increased risk for metabolic syndrome.

Researchers looked at a cohort of 463 Brazilian postmenopausal women who did not have established cardiovascular disease. None were using Vitamin D supplements, nor were they on insulin therapy for any form of diabetes.

The researchers diagnosed metabolic syndrome in 58% (182/315) of those with hypovitaminosis D (insufficient and deficient), but only in 40% (59/148) of those who were vitamin D sufficient. The deficient or insufficient women were more likely to have high triglycerides but low HDL levels, indicating a higher cardiovascular risk profile. The differences were all statistically significant.

A large study published in June in PLOS ONE looked at the associations between vitamin D levels and breast cancer risk among women 55 years and older.

This paper—a collaboration between a community-based advocacy organization called Grassroots Health, and researchers at the University of California, San Francisco–pooled data from two randomized trials, one with 1,129 subjects and the other with 2,196. The analysis also included a prospective cohort that had 1,713 subjects. In all 3 databases, the women were cancer-free at baseline.

The data used in this analysis were collected between 2002-2017. The researchers indexed new diagnoses of breast cancer during the observation periods (median 4 years).

Among the combined total of 5,038 women, 77 were diagnosed with breast cancer, for an age-adjusted incidence rate of 512 cases per 100,000 person-years.

Notably, there was an 82% lower incidence rate among women with vitamin D concentrations at or above 60 ng/mL when compared with those who had vitamin D levels below 20 ng/mL.

A multivariate Cox regression, adjusting for age, BMI, smoking, and use of calcium supplements, suggested that women with vitamin D above 60 ng/mL had an 80% lower risk of developing breast cancer than those with levels under 20 (McDonnell, SL, et al. PLOS One, June 2018).

The authors concluded that vitamin D concentrations “were associated with a dose-response decrease in breast cancer risk with concentrations at or above 60 ng/mL being most protective.”

This does not prove that supplementation with vitamin D would be preventive; that would need to be tested in a prospective intervention trial. But the findings are suggestive and worthy of greater consideration.

Becky Wright has almost 20 years of experience as a writer, editor, and marketer in the nutritional field. She previously worked for companies such as OmniActive Health Technologies, Aker BioMarine, and Rodman Media where she was the editor of Nutraceuticals World magazine. She currently runs Wright On Marketing & Communications, a small independent agency that offers related services to clients. She can be reached at becky@wrightonmarketing.com