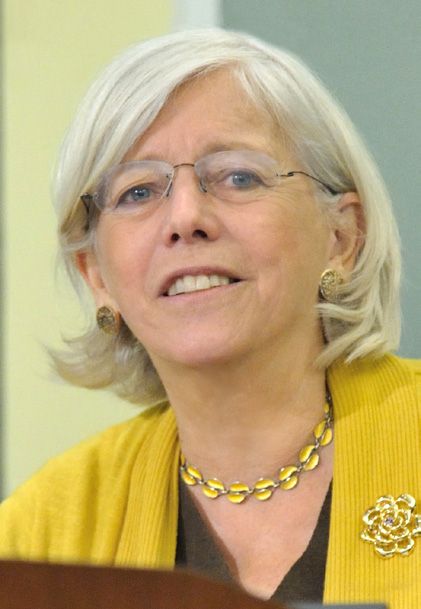 Clinicians’ apprehensions are largely unfounded, she said. “Most interactions identified in current resources are hypothetical, inferred from animal studies, cellular assays or other indirect means. Concern is often poorly founded, not based on rigorous studies.”

The new project will begin by studying test cases of five widely used herbal products and their interaction with five common meds, and then to begin to establish clinically validated criteria for identifying and quantifying interactions.

“There are 11 major drug interactions with coffee, yet doctors don’t tell patients not to drink coffee based on possible interactions! A lot of the fears about herbs are not founded on good meaningful accurate data. The aim of our new center is to help determine which interactions are really significant and require attention and which are not.”

Many physicians wring their hands when patients mention that they’re taking –or even considering—a botanical in conjunction with drug therapies. Yet, many patients “are on 10 active pharmaceuticals and the potential for drug-drug interactions is so enormous that the minor agents in dietary supplements are unlikely to change that.”

Dr. Briggs voiced irony that many in the medical community are quick to vilify herbal medicine, while turning a blind eye to what she sees as two of the most pressing public health issues: prescription opioid addiction and antibiotic overuse.

“Every time I open the paper, I see stories on overuse of psychoactive drugs…for pain, for sleep, for common colds.” According to CDC data, recorded death rates from cocaine and heroin have been more or less stable over the last decade, while deaths from prescription opioids have soared, from 4,000 in 1999 to over 16,000 in 2010. Newer data are consistent with this, she said.

“I am ashamed of the medical profession in this regard. The overuse and inappropriate use of opioids is incredibly shocking. In certain communities drug-related deaths are exceeding motor vehicle fatalities.”

She and her colleagues at NCCIH have been active in developing a framework for researching non-pharmaceutical alternatives for treating pain syndromes. She has also been working jointly with the Office of the Army Surgeon General on a Pain Management Task Force to implement non-drug pain treatments throughout the Department of Defense and the Veterans Health Administration

While oxycontin and other opioids are a big culprit in the overuse epidemic, benzodiazepines and other psychoactive meds are also causing their share of problems.

“There are 50 million prescriptions for Xanax per year. In 2008, 12% of women at age 80 had a benzodiazepine, and for men it’s about 6%, even though guidelines call for great caution in using these drugs for elders.” Citing major sleep disturbances as a common and dangerous side effect, Dr. Briggs said that the need for safe and effective non-pharmaceutical sleep remedies is clear.

“We all have to learn together about alternatives to these drugs.”

The antibiotic overuse problem is another one for which the natural medicine world might have good solutions. Currently, there are about 16 million Z-Pak prescriptions per year, mostly for colds and other conditions for which they are inappropriate.

Citing the book, “Missing Microbes: How Overuse of Antibiotics is Fueling Our Modern Plagues,” by Martin J. Blaser, MD, she stressed that overuse carries massive risks not only because it promotes drug resistance and the evolution of superbugs, but also because it decimates the microbial diversity which is essential for good health.

(For one physician’s answer to the overuse issue, read What to Do When Patients Demand Unnecessary Antibiotics.)

“This is enormously relevant to natural products research,” Dr. Briggs said. “It is a reasonable hypothesis that a lot of the variability we see in peoples’ responses to various natural products has to do with variations in their microbiomes, and in concurrent use of antibiotics.”