In recent years, spending on prescription anti-inflammatory medications has increased dramatically. Unfortunately, it’s become clear that the price paid doesn’t end with the drugs themselves; the side effects they cause — which can range from fatigue and pain to severe infections — are very costly.

Fortunately, a number of natural therapies can offer tremendous anti-inflammatory potential without the unwanted consequences associated with popular pharmaceuticals.

Two of the best-known non-prescription treatments to reduce inflammation are omega-3 fatty acids and curcumin, both of which can be obtained from food as well as nutritional supplements.

Recently, Nordic Naturals — a company best known for its high quality fish oils — developed an innovative formula that combines omega-3s with curcumin to optimize the antioxidant and inflammation-mediating effects of both. 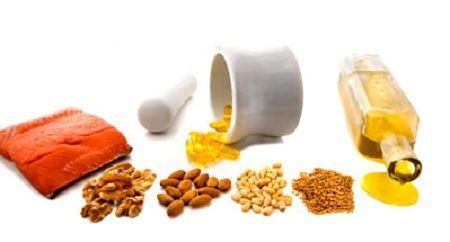 Most commonly found in fish and plant oils, omega-3s boast numerous health-promoting properties, among them an ability to lower inflammation in the body.
Mounting evidence links omega-3 supplementation to improvements in a wide array of inflammation-linked conditions, including osteoarthritis, cardiovascular disease, cancer, lung and kidney disease, metabolic syndrome, and neurodegenerative disorders like Alzheimer’s, to name just a handful.

EPA and DHA have been shown to reduce concentrations of pro-inflammatory cytokines, proteins involved in the inflammatory process that can also contribute to pain associated with conditions like rheumatoid arthritis (Zivkovic, A. et al. Calif Agric (Berkeley). 2011; 65(3): 106–111).

Additionally, omega-3s promote the biosynthesis of lipoxins, resolvins, and protectins, which themselves possess anti-inflammatory and pro-resolution properties. These molecules work to both control acute inflammatory responses as they occur and stimulate the resolution phase of inflammation.

Previously defined as the passive termination of the inflammatory process, the resolution of inflammation is now understood to be a distinct and active second set of biochemical actions (Serhan, C. et al. Nat Rev Immunol. 2008; 8(5): 349–361). Omega-3s and their byproducts appear to support both steps.

Disruptions in the inflammation resolution process can affect disease etiology. In one study, researchers linked the inefficient biosynthesis of key omega-3-derived resolution mediators to increased obesity-related inflammation and insulin resistance and, consequently, a heightened risk for type 2 diabetes and cardiovascular disease.

In omega-3-deficient mice fed a high-fat diet, the resolution mediator protectin D1 was lacking in the animals’ muscle and adipose tissue, impairing the capacity to resolve acute inflammation. These effects, the investigators noted, were reversed when omega-3 levels were restored, preventing the development of inflammation and insulin resistance (White, P. et al. Diabetes. 2010; 59(12): 3066–3073).

Deficiencies in pro-resolution molecules occur simply as part of the natural aging process. Researchers have shown that when compared to younger people, elderly individuals have decreased levels of the anti-inflammatory, pro-resolution, arachidonic acid metabolite lipoxin A4, and elevated levels of pro-inflammatory cysteinyl leukotrienes. There is a significant inverse correlation between age and the lipoxin A4/cysteinyl leukotrienes ratio, meaning that an age-associated switch in arachidonic acid metabolism prevents the formation of crucial inflammatory reaction “stop signals” in the elderly (Gangemi, S. et al. Exp Gerontol. 2005; 40(7): 612–614).

Curcumin offers similar anti-inflammatory benefits. It is a naturally occurring antioxidant with tremendous utility in treating many forms of inflammation. A primary biochemical constituent of turmeric, a widely used Asian spice, curcumin has long been utilized as a health-promoting nutrient. 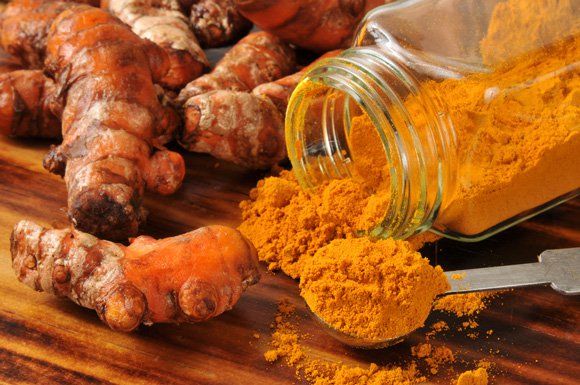 In one study, investigators found that applying a curcumin-based gel to cutaneous wounds accelerated healing in diabetic rats by decreasing expressions of the pro-inflammatory cytokines and TNF-alpha and IL-1beta, and the enzyme matrix metalloproteinase-9, while increasing the anti-inflammatory cytokine, IL-10, as well as the antioxidant enzymes superoxide dismutase, catalase, and glutathione peroxidase (Kant, V. et al. Int Immunopharmacol. 2014; 20(2): 322–330).

Curcumin is widely available, inexpensive, and has an excellent safety profile, making it a stellar option for side effect-free inflammation treatment. But the therapeutic use of curcumin has been somewhat limited by its low bioavailability. It is poorly absorbed, quickly metabolized by the liver and intestines, and rapidly eliminated from the body (Shaika, J. et al. Euro J Pharm Sci. 37(3-4): 223–230).

Asian medical traditions like Ayurveda overcome this absorption problem by combining turmeric with healthy fats and mixing it with black pepper — the main component of which is piperine, a compound that enhances curcumin’s bioavailability. Black pepper and turmeric go together in most Indian curry powders.

Modern biochemists have explored a variety of different methods for formulating curcumin for maximum clinical efficacy. The trademarked Longvida free-form curcumin present in ProOmega CRP uses a patented delivery system developed by UCLA researchers to increase curcumin absorption. Nordic Naturals notes that this form is over 65 times more absorbable than others and promotes the movement of curcumin into the lymph and then the blood, allowing levels of unmodified curcumin to be sustained for a more biologically meaningful period of time. This form of curcumin also eliminates the need for piperine, which, while improving curcmin absorption, may cause certain compounds — including pharmaceuticals — to remain intact and active in the body longer than typically expected.

Together, the omega-3/curcumin supplement combination offers a promisingly safe and effective alternative to pharmaceutical anti-inflammatories.