Home | Topics | Cooking For Health | In “How to Change Your Mind,” Michael Pollan Explores Resurgence of Psychedelic Medicine
View Cart

In “How to Change Your Mind,” Michael Pollan Explores Resurgence of Psychedelic Medicine 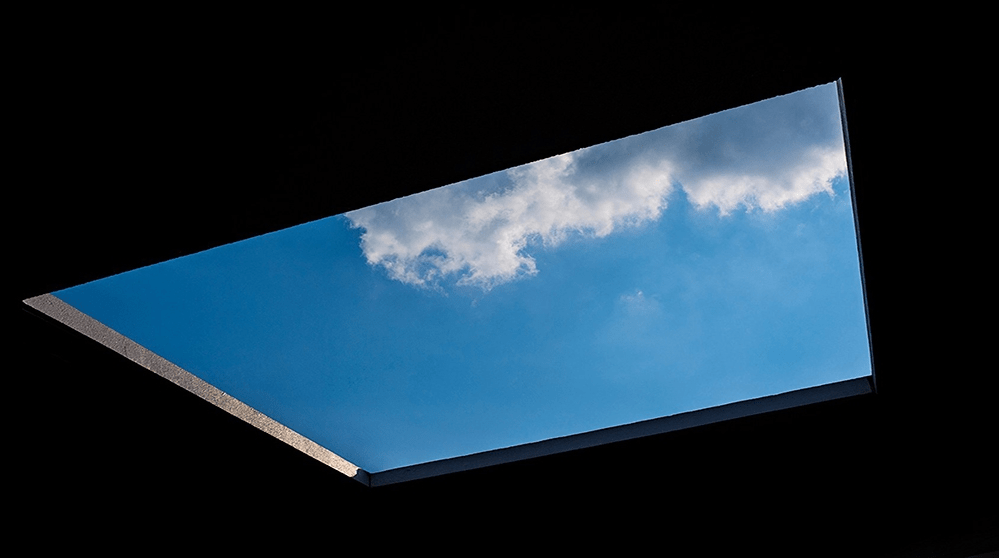 After decades on the margins of both polite society and medical research, psychotropic compounds such as psilocybin, LSD, MDMA, and the like, are once again the focus of serious clinical investigation as potential therapies for post-traumatic stress disorder, severe depression, social anxieties, autism, and other psychological and neurological conditions.

Simultaneously, many ordinary people are exploring the use of psychedelic drugs and “plant medicines” in the quest to find answers to some of life’s most vexing questions.

In his comprehensive and compulsively readable new book, How to Change Your Mind: What the New Science of Psychedelics Teaches us About Consciousness, Dying, Addiction, Depression, and Transcendence, culinary writer Michael Pollan vividly chronicles the emerging science of psychedelics —primarily LSD and psilocybin — without bias, agenda, or pretense to medical expertise.

Pollan, the author of several massively popular books, including The Botany of Desire and the bestselling Omnivore’s Dilemma, has a knack for pithy phrasing—it is he who distilled centuries of nutrition wisdom into the simple formulation: “Eat food.  Not too much.  Mostly plants.”

He also has a rare talent for covering complex, controversial topics with a balance of curiosity and critical thinking—a skill that serves him and his readers well in this current work.

How to Change Your Mind situates the current surge of scientific interest in psychedelics within its historical and cultural context. It raises important questions about the ways in which science and spirituality inform and benefit each other.

Pollan consulted a virtual Who’s Who of leaders in the psychedelic research community—psychiatrists, neuroscientists, shamans, holistic healers– and he lets the experts and emerging data speak for themselves.

While it may not yet be mainstream, psychedelic research is no longer “fringe.” Esteemed institutions including Johns Hopkins, NYU and UCLA are conducting clinical trials in psychedelic-assisted therapy.  In August, the FDA granted “Breakthrough Therapy” designation for Compass Pathway’s psilocybin-assisted therapy for people suffering from treatment-resistant depression.

An FDA-regulated study using MDMA (aka Ecstasy) as treatment for severe PTSD has shown such positive results that the substance is now being studied as a possible treatment for social anxiety in adults on the autistic spectrum.

Funding for the MDMA study comes from the Multidisciplinary Association for Psychedelic Studies (MAPS), a nonprofit founded in 1986 by Rick Doblin.

Doblin, who serves as MAPS’ executive director, is committed to applying scientific rigor to the study of psychedelics. The stakes are high. Psychedelics are still categorized by the DEA as Schedule 1 drugs. By necessity, Doblin and other leaders in psychedelic research have had to work under the radar.  As eager as they are to legitimize psychedelic-assisted therapy, they remain wary of attracting too much attention too soon. “[A] single sloppy researcher, or a patient with a disastrous experience, could poison the well for everybody.”

Where It All Began

Psilocybin (psychedelic mushrooms), Ayahuasca and other mind-altering plant medicines have been integral to shamanistic rituals for centuries. Pollan, though, starts the story in 1943, when Albert Hofmann, a Swiss chemist, produced a synthetic version of an alkaloid naturally found in ergot, a grain fungus.  Some got absorbed through his skin. 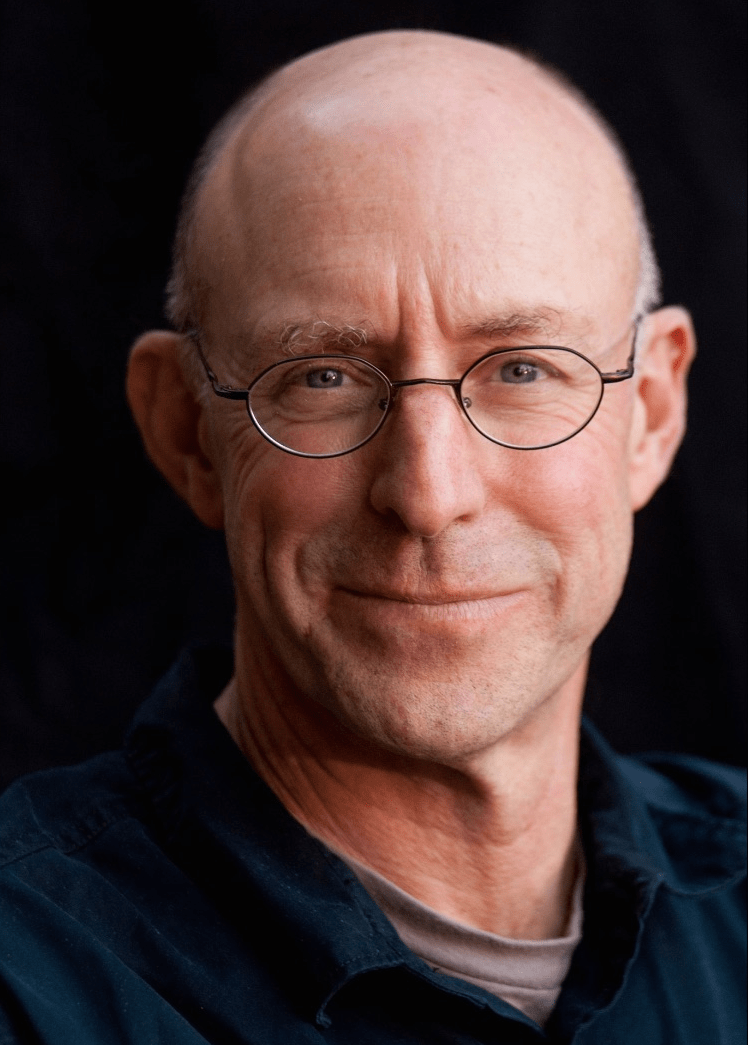 What followed was, in Pollan’s words “the only LSD trip ever taken that was entirely innocent of expectation.” There was no assumption of spiritual transformation or transcendence, no promise of a high nor fear of a bad trip.  It was potent, beautiful and mind-altering in the best way.  As Hofmann wrote, “Everything glistened and sparkled in a fresh light.  The world was as if newly created.”

Hofmann might have been the first to articulate the experience, but hardly the first nor the last.  Pollan quotes researchers who liken the psychedelic experience to a shaking a snow globe, rearranging our established neural pathways and expanding the consciousness far beyond our fixed ways processing and perceiving the world.

Certainly psychedelics helped expand the world of mental health.  In the 1950s and early ‘60s, psychedelics were not only legal in the US, they were seen as very promising treatments. “Many in the psychiatric establishment regarded LSD and psilocybin as miracle drugs,” Pollan writes. They had the data to prove it, with government-funded research and more than a thousand academic papers.

But at that time, there was not enough research to establish safety protocols. And in the broader cultural context, the genie was out of the bottle.  LSD and other psychedelics moved beyond institutional study and into youth culture and recreational use.  Bad trips and panic ensued.  “It’s far too easy to blame [Timothy] Leary,” Pollan is told.  But many leaders in the field still do.

Whatever the reasons, “the culture and the psychiatric establishment turned against psychedelics in the mid-1960s.” So did the federal government, retaliating by vilifying psychedelics with propaganda campaigns like the War on Drugs and suppressing all existing research. “An entire body of knowledge was effectively erased from the field.”

Over the past four decades, leaders in psychedelic research and therapy have sought to piece together all that was lost in the 1960s. But beyond that, they want to use psychedelics as a way to integrate scientific knowledge and spiritual insight   “The idea that we can now approach mystical states of consciousness with the tools of science is what gets Roland Griffiths out of bed in the morning,” Pollan writes.

Now in his 70s, Griffiths, a Johns Hopkins Professor of Psychiatry and Behavioral Sciences is the author of the landmark 2017 Journal of Psychopharmacology paper titled, “Psilocybin-occasioned mystical-type experience in combination with meditation and other spiritual practices produces enduring positive changes in psychological functioning and in trait measures of prosocial attitudes and behaviors.”

However long or alarmingly woo-woo its title, Griffith and team present “the first rigorously designed double-blind, placebo-controlled clinical study in more than four decades,” notes Pollan.  His team includes psychologist Bill Richards, who spans the first and second era of psychedelics.  In 1977, Richards “administered the very last legal dose of psilocybin . . . at the Maryland Psychiatric Research Center,” and helped create the protocols, or “flight instructions” for psychedelic-assisted therapy in use today.

Objective measures and phenomenological (anecdotal) evidence both confirm the fact that psychedelics put users in states of high suggestibility. The patient’s inner and outer landscapes need to be prepared accordingly for positive outcomes. Rather than being conducted in a cold clinical setting — or dropping a tab of acid on the street — psychedelic-assisted therapy sessions are conducted by trained guides or therapists in spaces more like  cozy living rooms than research labs.

Guides help the patients prepare to enter states of altered consciousness prior to the event itself. The actual experience often incorporates shamanistic or ritual elements in the context of sacred ceremony, the drug itself often presented to the users in a “chalice” of some sort.  In the third and usually final session, the guide helps the patient interpret and integrate the psychedelic experience.

Does it work?  Trials show psychedelics can help treat depression, addiction and help end-stage patients come to terms with death, sometimes in a single treatment.  These studies are gaining interest and encouragement within the science community.

Study participants are typically much more effusive, describing the experiences as primal and life-changing.

The thinnest portion of Pollan’s new book is the one most likely to intrigue mainstream readers—his own experience with psychedelics.  Now in his early 60s, with little drug experience beyond occasional marijuana use, Pollan is the anti-Hunter Thompson. Rather than the flamboyant hedonism or cryptic mysticism found in much of the journalism about psychedelics, Pollan presents a certain upright geekiness which serves him — and the reader well.

He is not immune to nature’s mysteries and beauties, as he amply proves in his earlier book, The Botany of Desire. But he describes himself as a materialist, “someone not at all sure he has ever had a single ‘spiritually significant’ experience.”

Pollan relates his LSD and psilocybin experiences with characteristic journalistic integrity, and he is frank in writing about his fears.

He is also endearingly sheepish about what he learned from tripping. “It embarrasses me to write these words, they sound so thin, so banal.  Platitudes that wouldn’t seem out of place on a Hallmark card glow with the force of revealed truth.”  Indeed, a volunteer participating in the psilocybin trials for depression realized the answer to her problems: “Eat right.  Exercise.  Stretch.” 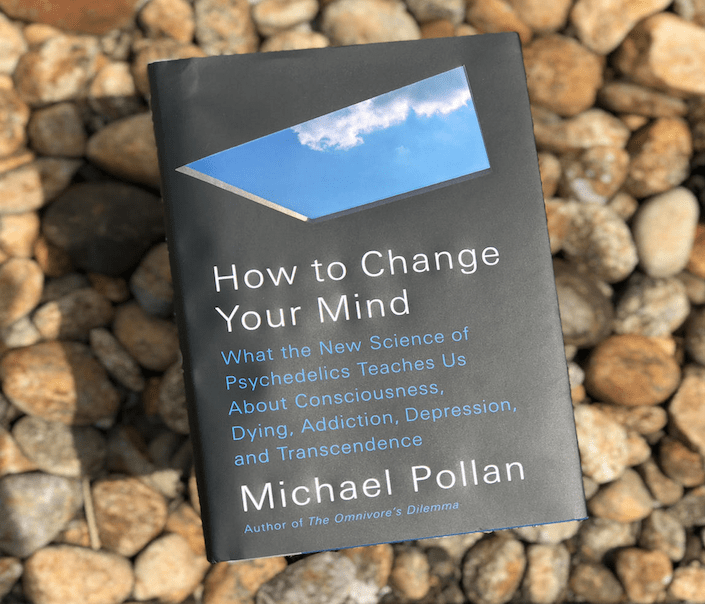 To document with any accuracy a psychedelic experience, therapeutic or otherwise, is to confront the limitations of language.  As Richards says, “There are words we need that don’t yet exist. We’ve got five crayons when we need fifty thousand different shades.” He and a community of others are working on getting those fifty thousand different shades by way of more solid research.  They will need them.

Further, some researchers—and participants—claim psychedelic-assisted therapy can accomplish in a handful of sessions what years of therapy and conventional drug treatment could not. If this is documentable and reproduceable, it will be a large and bitter pill for Big Pharma and the mental health field to swallow. Both favor ongoing treatment — daily medication, multiple if not endless therapy sessions.

Pollan’s own view of psychedelics changed over the course of researching and writing How to Change Your Mind. Rather begrudgingly, he admits the experience has awakened him to new possibilities.  An avowed atheist, he concludes, “You go deep enough or far out enough into consciousness and you will bump into the sacred.”

In a way, his psychedelic experience echoes that of so many, including Hofmann — offering a glimpse of a world made new.

This eminently readable book is highly recommended to anyone wishing to understand the current resurgence of serious psychedelic research, and the popular appeal of consciousness-altering plant medicines.