To lower blood pressure, turn up the heat and do some Downward Dogs. 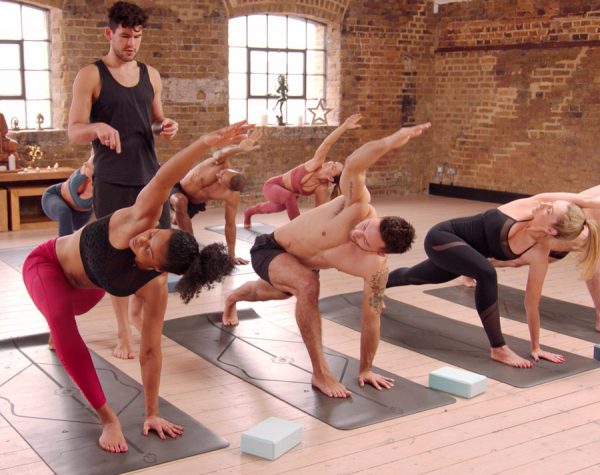 That’s the take-away from a new study looking at the medical benefits of yoga in patients with stage 1 hypertension.

Several prior studies have examined the heart health benefits of yoga done at typical room temperatures. Hunter’s is the first to explore the “effectiveness of adding the heated environment to a yoga practice.”

“Hot” yoga represents a variety of relatively modern yoga styles initially popularized in the US by the father and son team of Walt and Baron Baptiste, and further promoted by celebrity yogi, Bikram Choudhury. The practice involves performing sequences of postures (asanas) in special rooms heated to temperatures over 90o Fahrenheit. Some studios raise the heat up over 105o.

Hunter, who directs the Cardiovascular Physiology Lab at TSU’s San Marcos campus, recruited a cohort of 10 mildly hypertensive adults, and randomized 5 to take hour-long hot yoga classes, three times weekly for 12 weeks. The five other subjects, also with mild blood pressure elevations, did not practice yoga and formed the control group. None of the subjects were taking anti-hypertensive drugs.

In the hot yoga group, systolic pressure dropped from a baseline average of 126 mmHg at the beginning of the study to 121 mmHg at 12 weeks. Average diastolic pressure also decreased, from 82 mmHg to 79 mmHg. Among the control subjects, there were no meaningful changes in median blood pressure readings.

“There are several studies now showing improvements in various cardiovascular disease risk factors with hot yoga––not just blood pressure, but cholesterol has also gone down with the practice. Blood vessel vasodilation has gone up with the practice too, and that’s probably contributing to the blood pressure reductions that I’m seeing.”–Stacy Hunter, PhD, Director, Cardiovascular Physiology Lab, Texas State University

The TSU hot yoga study is still underway, and she expects to incorporate additional participants before any findings are formally published.

For now, the early results shed new light on the safety of a consistent hot yoga practice for individuals with slightly elevated blood pressure.

Yoga is an ancient tradition, but heated styles––Bikram yoga being one of the more widely practiced forms today––are a modern construct. Some say the heat and humidity replicates the natural subtropical climates of India, the birthplace of yoga. Others argue that heated yoga induces excessive sweating, acting as a powerful detoxification strategy for ridding the body of impurities. 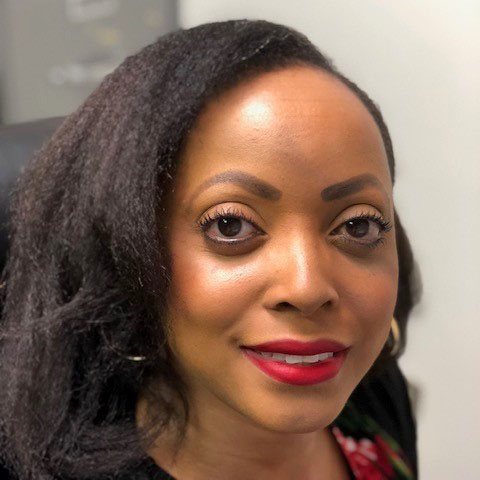 Over the last decade, hot yoga has exploded in popularity in the United States. Aside from Bikram, other styles of high-temp yoga and heated exercise, from Pilates to high intensity interval training (HIIT), are now popping up in fitness studios across the country.

Until now, medical research on yoga has focused primarily on non-heated practices. “Other studies have shown that room temperature yoga reduces blood pressure in people with hypertension,” Hunter explained, “But now the question is, is hot yoga a safe lifestyle intervention for people with high blood pressure, and is it effective as well?”

“There has always been a concern about the heat and whether that would affect people in a negative way,” noted American Heart Association (AHA) spokesperson, Mary Ann Bauman, MD, a primary care physician. “In this small study, people who had very mild hypertension did not have a problem if they did hot yoga,” she said.

But the safety of practicing in a heated room has not yet been determined for patients with more serious cardiovascular concerns.

“I would still have to have my cautions about people who have levels of hypertension at or above stage 2,” Bauman says. Trials including patients with stage 2 or 3 hypertension would help fill the gaps in current knowledge.

It also remains unclear whether the apparent cardiovascular benefits of hot yoga are specifically attributable to the high heat and humidity. To date, there are no head-to-head comparsions between high-heat practices and yoga done at typical room temperatures.

“Some yoga instructors talk about the purported health benefits and the necessity of the heated environment like it’s supposedly better than just practicing yoga at room temperature,” Hunter said, but “there really haven’t been many studies to support what people have said about hot yoga.”

Even without the heat, traditional yoga emphasizes intentional breathing, concentration, focus, and relaxation––all of which can positively impact blood pressure and may also curb hypertension.

“There are several studies now showing improvements in various cardiovascular disease risk factors with hot yoga––not just blood pressure, but cholesterol has also gone down with the practice,” Hunter said. “Blood vessel vasodilation has gone up with the practice too, and that’s probably contributing to the blood pressure reductions that I’m seeing,” she added. She cautioned that because “we haven’t done large-scale trials of this style of yoga, we can’t make any definitive conclusions yet.”

To better understand exactly which factors might be responsible for reducing blood pressure, Hunter says her next goal is to compare yoga at normal room temperature versus the 105o standard Bikram yoga temperature, “to determine if the heated environment is necessary to elicit those blood pressure reductions.”

In the meantime, Bauman says the preliminary TSU study offers one important clinical takeaway: “Get moving!”

“The message I take from this study is that exercise helps your blood pressure. Bottom line for clinicians: you need to tell your patients to find the exercise they want to do, and do it. Our bodies want to move. Your body wants to do good for you––you just have to give it a little bit of help,” she said.

She added that exercise doesn’t necessarily have to take place in a gym, and it need not involve running marathons to be effective. Many options exist––slow movement, fast movement, high exertion, low exertion––and each offers its own advantages. The TSU yoga study underscores this point.

Yoga offers clear physical as well as emotional and spiritual benefits to many practitioners. But some people might find might deeper value in other forms of exercise.

Bauman mentioned another research abstract presented at the recent AHA meeting, which showed reductions in blood pressure among Native Hawaiian 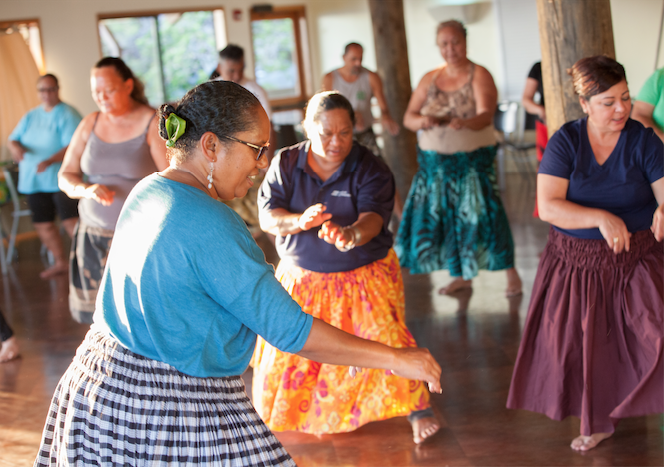 hula dancers. Taken together, this trial and the TSU yoga study highlight the importance of movement for cardiovascular health, and also suggest that personal and cultural relevance are key factors in selecting appropriate kinds of exercise.

From a blood pressure perspective, the exact details of one’s exercise regimen are probably less important than the regularity and consistency of simply moving.

“We tend sometimes to make exercise too complicated, just like we tend to make healthy eating too complicated,” Bauman argued. “I think sometimes people get scared of doing the right thing. They wonder, ‘What is my portion size? How much exercise should I do? Did I get my heart rate up?’”

“You don’t want people to get discouraged that they didn’t do enough exercise––I wonder what that would do to their blood pressure,” she said.

The results from Dr. Hunter’s hot yoga study should not surprise most holistic health professionals.

What is surprising–and encouraging–is the growing interest that mainstream medical organizations like the AHA, and research institutions like TSU are showing in topics once dismissed as quackery.

Studies like this one can open doors for the greater integration of ancient therapies and self-care modalities into more conventional medical settings.

They also expand awareness of the integral relationship between physical health and emotional wellness.

“Wouldn’t it be interesting if we found in the future that a lot of the benefit of simple movement, of simply moving, was the emotional component of it, and not necessarily the body component?” Bauman speculated.