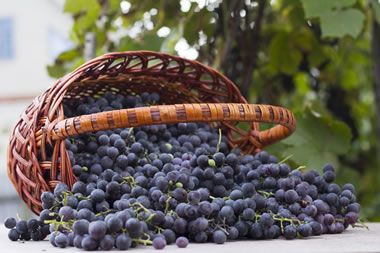 Resveratrol, a polyphenolic compound found in red wine and widely touted for its antioxidant and cell signaling effects, also improves insulin sensitivity, according to a recent study by researchers at the Albert Einstein College of Medicine, Bronx, NY.

Found in large concentrations in red wine, resveratrol is among the most well-studied dietary supplement ingredients. Though results of human clinical studies have been highly variable, there is evidence to suggest that resveratrol:

Roger Maginley and colleagues at Albert Einstein College of Medicine, undertook a randomized, double blind trial involving 21 non-diabetic but insulin-resistant obese individuals who were given 2 gm/d of resveratrol or a placebo for 28 days. The median age was 52 years old, with an average body mass of 31.9 and an average HOMA insulin resistance score of 3.9.

After the 28 days, resveratrol supplementation resulted in a 22% increase in glucose uptake in muscle tissue (based on analysis of biopsy samples taken from the Vastus lateralis muscle in the thigh), indicating a significant improvement in insulin sensitivity. No such change was observed in the subjects on placebo. The authors note that resveratrol did not affect glucose production.

Resveratrol also reduced adipose tissue inflammation, which could be the key to the improved glucose disposal. Dr. Maginley, who presented the findings at the American Diabetes Association’s 74th Annual Scientific Sessions last summer, added that adiponectin expression was increased by 53% in adipose tissue of the subjects taking resveratrol. Adiponectin is a protein involved in regulating glucose as well as fatty acid breakdown.

Meredith Hawkins, MD, Professor of Medicine at Albert Einstein College of Medicine and a senior investigator on Dr. Maginley’s project suggests that resveratrol supplementation makes sense for some people who are on the fast-track toward diabetes but have not yet crossed that threshold.

In an interview with Mark Fuerst, MD, on the ConsultantLive website, Dr. Hawkins said that, “Our meta-analysis shows that people with abnormal glucose metabolism may benefit from taking resveratrol as a dietary supplement. Those with normal glucose tolerance, however, do not improve their insulin resistance with resveratrol.”

Type II diabetes is on the rise, estimated to reach over 300 million cases by year 2030. Given what we know about the damaging impact of insulin resistance, anything that can help increase insulin sensitivity is certainly worth exploring.

Dr. Maginley’s study is the latest entry in a line of research into the potential impact of resveratrol on insulin sensitivity and glucose regulation. Experiments using fat cells from rats and liver-cancer cells from humans showed that resveratrol improved insulin function in both normal and insulin-resistant conditions.

Dietary polyphenols, including resveratrol, can inhibit carbohydrate (sugars) digestion and absorption, protect beta cells from glucotoxicity, reduce the amount of glucose released from the liver and improve glucose uptake in muscles. All of these effects can have a positive impact on glucose regulation and thus decrease the risk of diabetes (Hahnineva K, et al. Int J Mol Sci. 2010: 11(4): 1365-402).

Red-purple grapes are a rich source of resveratrol, and arguably the best known, but they are definitely not the only dietary source. Resveratrol is also found in blueberries, cranberries, peanuts, pistachios and even cocoa and dark chocolate.

Bottom line, resveratrol is a powerful antioxidant that has many potential health benefits, though the available data are far from conclusive. This latest study indicating that supplementation can improve insulin sensitivity in high-risk individuals is intriguing and warrants further research.

Andi Strohecker received her Master of Science degree in Nutrition and Integrative Health from Maryland University of Integrative Health (MUIH). She is currently in the MUIH Internship Program and is working towards becoming a Certified Nutrition Specialist, with a special interest in the health concerns related to metabolic syndrome, thyroid disorders, weight loss and maintenance, meal planning and preventative health and wellness. She is a member of The Institute of Functional Medicine.