A high-profile international study of the impact of cell phones on childhood brain tumor risk is sending the signal that there is no “exposure-response relationship.” However, some environmental health experts co 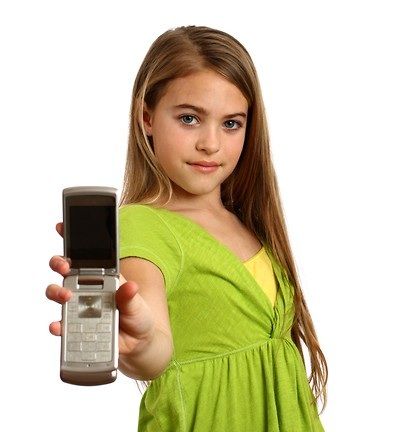 ntend that significant safety concerns are hidden within the data.

CEFALO, a multi-center case-control involving major universities in Denmark, Sweden, Norway and Switzerland, looked at the intensity and duration of self-reported mobile phone use among 352 children with brain tumors, compared with 646 healthy kids matched for age, gender, and geographic location.

The kids with tumors ranged in age from 7-19, and represent all recorded childhood brain tumor cases in those 4 countries from 2004-2008. Control subjects were randomly drawn from population registries.

Whenever possible, the investigators corroborated self-reported cell phone use with actual utilization data from phone service carriers. They also queried the kids about how they typically hold their phones (ie, which side of the head) and their use of hands-free headsets.

Using logistic regression models, the authors calculated odds ratios for brain tumors based on patterns of mobile phone use, after controlling for other risk factors like diagnostic x-ray exposure, infectious diseases, and head injuries.

In their report, published in late July in the online version of the Journal of the National Cancer Institute, they conclude that children who regularly used cell phones were no more likely to have brain tumors than non-users. Those who began using mobile phones 5 years prior to the study showed no increased risk compared to those who had never used a cell phone.

CEFALO is the first study to look specifically at the potential impact of cell phone electromagnetic fields (EMFs) on childhood brain cancer risk, a subject that has aroused considerable public and scientific attention in recent years.

Data from the INTERPHONE study, published earlier this year found an increased risk for glioma among adults with heavy cell phone use habits (estimated cumulative call duration of 1,640 hours or more), but methodological flaws and possible recall bias made the meaning of INTERPHONE difficult to interpret (Cardis E, et al. Occup Environ Med. 2011; 68(9) 631-40)

The issue of EMF and cancer risk made headlines earlier this year when the World Health Organization’s International Agency for Research on Cancer classified cell phone emissions as a “potential human carcinogen.”

Given their small size relative to adults, thinner skulls, and rapidly growing brains, children may be more vulnerable to potential neoplastic effects of EMFs than adults. In the absence of definitive data, many governments worldwide have issued warnings about the possible risk. Some have taken direct action. France, for example, has banned cell phone use in public schools.

CEFALO attempts to provide a clear answer to this contentious question. On face value that answer seems to be, “There’s no real cause for concern.” That was the upshot in NCI’s press releases, and the message that went through the mainstream media echo chamber.

But critics contend that CEFALO has not really improved the signal-to-noise ratio on the cell phone-brain tumor issue.

The Environmental Health Trust, an advocacy group focused on controllable environmental health risks, contends that CEFALO’s stated conclusions are contradicted by some of the study’s actual data. In a written critique, EHT reviewers called the CEFALO authors’ conclusions, “a gross misrepresentation of what this paper actually reports.”

The EHT critique was authored by authored by L. Lloyd Morgan, an EHT research fellow, Devra Davis, PhD, the group’s president, and Ronald Herberman, its chairman. Dr. Davis is author of the recent book, Disconnect: The Truth About Cellphone Radiation, What the Industry Has Done to Hide It, and How to Protect Your Family (Dutton)

EHT points out that in the subset of kids for whom actual phone utilization data were available, there was, in fact, a correlation between brain tumor risk and the time elapsed since a mobile phone subscription was started. There was a more than doubling of brain cancer risk 2.8 years after the first subscription for a cell phone began (OR=2.15, 95% CI=1.07 to 4.29), along with a 99.9% confidence of a trend that the longer the subscription the higher the risk.

CEFALO spokesman, Martin Roosli, PhD, of the Department of Epidemiology & Public Health, University of Basel, acknowledged that association. However, he stressed that, “there is no exposure-response association with amount of use. If there were a true risk, the brain tumor incidence would have been increased by 50% over the last 10 years. This was not the case.”

Which Side Are You On?

The EHT reviewers directly challenge the CEFALO conclusion that there was no increase in brain tumors on the sides of the childrens’ heads receiving the highest amount of EMF exposure (ie, the ipsilateral side). This conclusion runs counter to other studies showing clear “ipsilateral associations.”

EHT argues that the CEFALO data actually do show an increased ipsilateral, as well as contralateral, risk of brain tumors. Eight data trends were reported, and 7 showed increasing risk with increasing exposure and were either statistically significant or borderline significant. “With a five-fold increased risk of brain cancer in children contained within these trends, it is hard to imagine how this did not grab the attention of the authors and the editors of the JNCI,” the EHT group writes.

That said, the ipsilateral risk found in CEFALO was smaller than the contralateral risk, a seemingly anomalous finding. Why would more tumors be found on the side of the head opposite that to which kids say they typically hold their phones? The most likely explanation is that kids’ reported laterality was not consistent with their actual cell phone habits.

The laterality issue is further confounded by the fact that there were more brain tumor cases in “central or unknown” brain sites (n=215) than in confirmed ipsilateral (n=208) or contralateral (n=190) sites. “Lack of tumor location data is a major flaw in this report,” say the EHF authors. “Such key data should have been available from hospital records.”

EHT took the CEFALO authors to task on a host of other statistical discrepancies, data omissions, perceived biases and methodological flaws which, they argue, should have tempered the authors’ confidence in their conclusion of no harm (For a detailed rundown of EHT’s objections and Dr. Roosli’s responses, read “Making Sense of CEFALO”).

“Of course some uncertainties remain in our study,” Dr. Roosli told Holistic Primary Care. “However, if mobile phone use would be a strong risk factor, one would expect an increase in the brain tumor incidence rates in this age group. This was not the case.” Intimating that EHT’s reviewers have biases of their own, he added that, “I think it is important to consider the comprehensive result pattern and not just focus on single results that correspond with a strong prior opinion.”

If EHT’s critique sounds like statistical hair-splitting, it is. But so is the CEFALO study itself, with its attempt to retrospectively determine EMF carcinogenicity (or lack thereof) by looking for differences in estimated, self reported phone use between kids who already had brain tumors and kids who did not.

There’s a lot at stake behind all the numerical nit-picking. Mobile phones are a major and growing part of the global wireless telecom industry, which generates trillions of dollars in revenue every year. Cell phones touch the lives of a majority of Earth’s 7 billion human inhabitants, especially the young ones.

A lot of people have a lot to lose if cell phone EM emissions do turn out to have carcinogenic or other detrimental health effects. But it is precisely because of their ubiquity and their growing use by children that groups like EHT are calling for the highest safety standards.

EHT questions how CEFALO’s discrepancies went unchallenged by the peer review board at a prestigious journal of record like JNCI, and likewise how they escaped the scrutiny of Drs. John Boice and Robert Tarone, two former NCI employees who authored a guest editorial accompanying the CEFALO report.

“It appears that this paper was rushed to publication in order to offset the impact of the World Health Organization’s declaration that cell phones are “possible human carcinogen” based on an expert review by 30 experts from 14 nations,” write the EHT authors in their critique

Several cell phone companies provided funding for CEFALO. That fact is certainly not hidden. But conspicuously missing from the “Funding and Notes” section are any individual disclosure statements on potential conflicts of interests among the study’s authors (e.g., consulting, stock ownership, director status, etc.). Like many medical journals, it is not JNCI’s policy to require individual author disclosures, despite the potential for conflicts of interest.

Also noteworthy, says EHT, is the fact that Drs. Boice and Tarone, the guest editorialists, are principals of the International Epidemiology Institute (IEI), a group that, according to David Michaels, head of the Federal Occupational Safety and Health Agency (OSHA), “is one of many “product protection firms” hired by corporations to create doubt about products that may cause harm. (For more information about IEI)

University of Basel’s Dr. Roosli dismissed the accusation of influence-peddling: “The funders had no role in study design, data collection and analysis, decision to publish, or preparation of the manuscript.”

EHT is not the only group critical of CEFALO. Microwave News, an independent, non-aligned research forum reporting on EMF issues for the last 30 years, also took issue with the study.

“Actually, the study, known as CEFALO, does indicate a higher risk — the problem is that it found a higher risk for all the kids who used a phone more than once a week for six months, regardless of how much time they spent on the phone. Because the risk does not go up with more use, the CEFALO team argues that the results argue against a true association.” This, says Microwave News, is questionable logic.

While there are clearly legitimate reasons to question the CEFALO study, it is equally important to keep in mind that brain tumors remain rare occurrences.

According to an analysis of CEFALO by the Swiss Research Foundation on Mobile Communication, the brain tumor incidence in children and adolescents in Sweden, where the most recent data were available, has decreased rather than increased between 2000 and 2008.

Though an estimated 4.6 billion people use cell phones worldwide, brain tumor prevalence is roughly 6 per 100,000 people of all ages. This underscores an important point: it would take cohort sizes in the millions to be able to definitively prove (or disprove) whether cell phone EM radiation constitute a true risk factor for brain cancer. Regression analyses and statistical extrapolations may be the best science we ever get in this field.

The issue will likely remain contentious for quite a while. It remains to be seen whether MOBI-KIDS–a 13-country multi-center case-control study—will shed any further light. MOBI-KIDS will ultimately involve nearly 2,000 young people between 10 and 24 years with and without brain tumors. After a preparatory phase, recruitment started in the latter half of 2010.

In the mean time, it certainly makes sense to encourage kids to utilize hands-free headsets if they need to use mobile phones, and to teach them good EMF “hygiene” habits.