The World Health Organization has identified antibiotic resistance as one of the three greatest threats to human health.

Dr. Margaret Chan, the director general of World Health Organization was recently quoted as saying: “A post-antibiotic era means, in effect, an end to modern medicine as we know it. Things as common as Strep throat or a child’s scratched knee could once again kill. We are losing our first-line antimicrobials. Replacement treatments are more costly, more toxic, need much longer durations of treatment, and may require treatment in intensive care units.”

Frightening as it is, the portent of a post-antibiotic era is not the only immune challenge we face. There is also the rising incidence of allergies and autoimmune diseases (collectively the third greatest source of morbidity and mortality next to cardiovascular disease and cancer). Following the close calls with SARS, bird flu and swine flu, the threat of a major viral epidemic also looms ominously.

It is not outrageous to conclude that we are witnessing a slowly evolving health crisis, one that has its origins in part from neglecting how to maintain a robust immune system. In a sense, modern conventional medicine has been lulled into a false sense of security by the efficacy of antibiotic drugs, and is now receiving a wake-up call: it’s the immune system stupid!

Practitioners of herbal medicine have not been negligent here. In fact, their greatest weapon in fighting infection is supporting the immune response with herbs. Such immune herbs have a key role to play in helping relieve both acute and chronic infections.

A thorough understanding of the key immune support herbs and the best way to use them (including adequate dosage) is paramount.

The Big Three for Immune Support

There are three key immune herbs used by western herbal clinicians, and they each have different and overlapping roles:

Depending on the circumstances, these herbs can certainly be combined with each other and also with other herbs. For example, in acute infections immune support with Astragalus, Echinacea root and Holy Basil (Ocimum tenuiflorum) combine well with diaphoretic herbs for fever management, such as Yarrow (Achillea millefolium) and Elder Flowers (Sambucus nigra).

In patients with severely depleted immunity, Astragalus combines well with adaptogens such as Eleuthero (Eleutherococcus senticosus) and Ashwaganda. The last herb is also valuable for supporting white blood cell count.

This herb is much misunderstood. Its popularity in the English-speaking world came from the Eclectic physicians, who developed extensive experience in using Echinacea root for a range of acute and chronic infections. 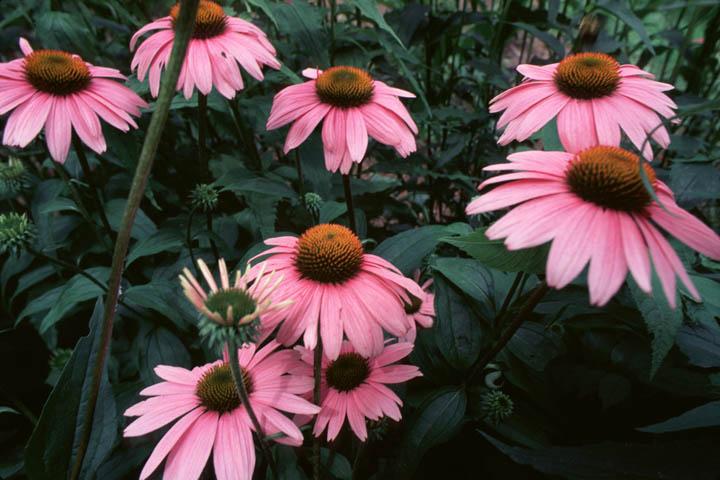 Based on the pharmacological studies of Dr Sandra Miller in Canada (Miller SC. Evid Based Complement Alternat Med. 2005; 2(3): 309-314), and a recent clinical trial (Tiralongo E, et al. Evid Based Complement Alternat Med. 2012; 2012: 417267), the emphasis with Echinacea root is shifting to its role as preventative, in defiance of the unsupported myth that it cannot be taken long term (Bone KM, Mills SY. Principles and Practice of Phytotherapy: Modern Herbal Medicine. 2nd Edition. Elsevier, UK). This new perspective sits well with the experience of many herbal clinicians, who recommend a preventative dose of 2.5 g of root (taken as a liquid, tablet or capsule). The baseline dose can be temporarily tripled to head off the threat of a looming infection. Patients are often surprised at how effective it can be.

The Eclectics emphasized that good quality Echinacea root made the mouth tingle, we now know that this is caused by a class of phytochemicals called alkylamides or alkamides. Recently, these compounds have been shown to be the only bioavailable components of Echinacea root (Matthias A, et al. Life Sci 2005; 77(16): 2018-2029), elevating their status to key quality markers if not active constituents.

One human study demonstrated that tablet and liquid preparations of Echinacea root were equally effective at delivering alkylamides into the bloodstream (Matthias A, et al. Phytomedicine 2007; 14(9): 587-590). 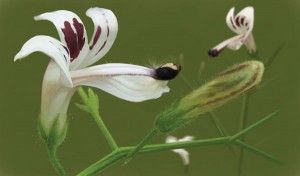 There have been several clinical trials assessing the efficacy of Andrographis for winter infections. Two systematic reviews have been published. One included 7 double blind, controlled trials (n=896) that met inclusion criteria for evaluation of efficacy. All trials scored at least 3 (out of a maximum of 5) for methodological quality on the Jadad scale. Collectively, the data suggested that Andrographis was superior to placebo in alleviating the subjective symptoms of uncomplicated upper respiratory tract infection. There was also preliminary evidence of a preventative effect (Coon JT, Ernst E. Planta Medica 2004; 70(4): 293-298).

The second review involved 433 patients from 3 trials. Andrographis either alone or in combination with Eleutherococcus was more effective than placebo in the treatment of uncomplicated acute upper respiratory tract infection (Poolsup N, et al. J Clin Pharm Ther 2004; 29(1): 37-45). Doses used were typically up to 1,000 mg/day of extract (about 6 g of herb) delivering 50 to 60 mg/day andrographolides. Because of its intense bitter taste, Andrographis is probably best used in tablet form.

As noted, Astragalus can support white blood cell (WBC) counts in depleted patients. In an open, randomized clinical trial, 115 patients with leucopenia received either a high dose of a concentrated Astragalus preparation (equivalent to 30 g/day of Astragalus) or a low dose (equivalent to 10 g/day) over a period of 8 weeks. There was a significant rise of average WBC counts in both groups after treatment (p<0.001). The average WBC count for the high-dose group was significantly higher than for the low-dose group (Weng XS. Chung Kuo Chung Hsi I Chieh Ho Tsa Chih 1995; 15(8): 462-464 [Article in Chinese]). 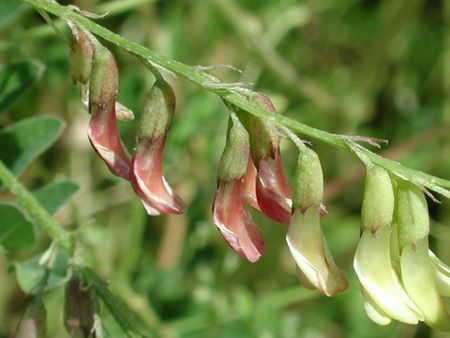 The first case described a 77-year-old woman with nephrotic syndrome secondary to IMN who was largely unresponsive to conventional treatments. After beginning Astragalus (15 g/day as part of a Chinese herbal formula called Shen-Yan Siwei Pian) there was a marked decrease in proteinuria. Nephrotic syndrome recurred after a temporary cessation of the herbal formula, with complete remission after its reintroduction. Remission persisted even after stopping the treatment.

The second case was a 63-year-old man with nephrotic syndrome due to IMN (Leehey DJ, et al. Am J Kidney Dis 2010; 55(4): 772). In addition to conventional treatments (which had not resolved his proteinuria), he took Astragalus (15 g/day) for around 12 months, after which he experienced complete remission of nephrotic syndrome.

As well as its traditional use as a decoction, Astragalus can be used in capsule, tablet and as a (low) ethanolic liquid extract.

The looming threats of a post-antibiotic era highlight the critical significance of being able to optimize immune function to effectively guard against infections. Despite unfounded concerns over its long-term use, the greatest potential here could be for Echinacea root, especially at the higher end of the dosage spectrum. Other key immune herbs, including Andrographis and Astragalus, have also shown a preventative effect in some studies.

More clinical trials are needed to verify the existing findings and fully develop the menu of immune herbs for infection prevention, which is in fact one of the greatest clinical strengths of modern herbal therapy.

Kerry Bone, B.Sc. (Hons), Dip. Phyto., FNIMH, FNHAA, MCPP, is one of the world’s leading authorities on clinical use of herbal medicines. He was an experienced research and industrial chemist before studying herbal medicine in the UK where he graduated from the College of Phytotherapy in 1983 and joined the National Institute of Medical Herbalists in Australia. He is a practicing herbalist/naturopath (27 years experience) and still maintains a busy practice in Toowoomba. Kerry is a prolific author, with six published herbal medicine texts. His latest book, co-written with Rob Santich, is Healthy Children: Optimising Children’s Health with Herbs. Kerry has also published more than 30 scientific papers in the field of herbal research and has recently submitted the manuscript of the much-anticipated second edition of Principles and Practice of Phytotherapy. In May 2011, Kerry was appointed to the American Botanical Council’s (ABC) Advisory Board. He is the co-founder and Director of Research and Development at MediHerb®.