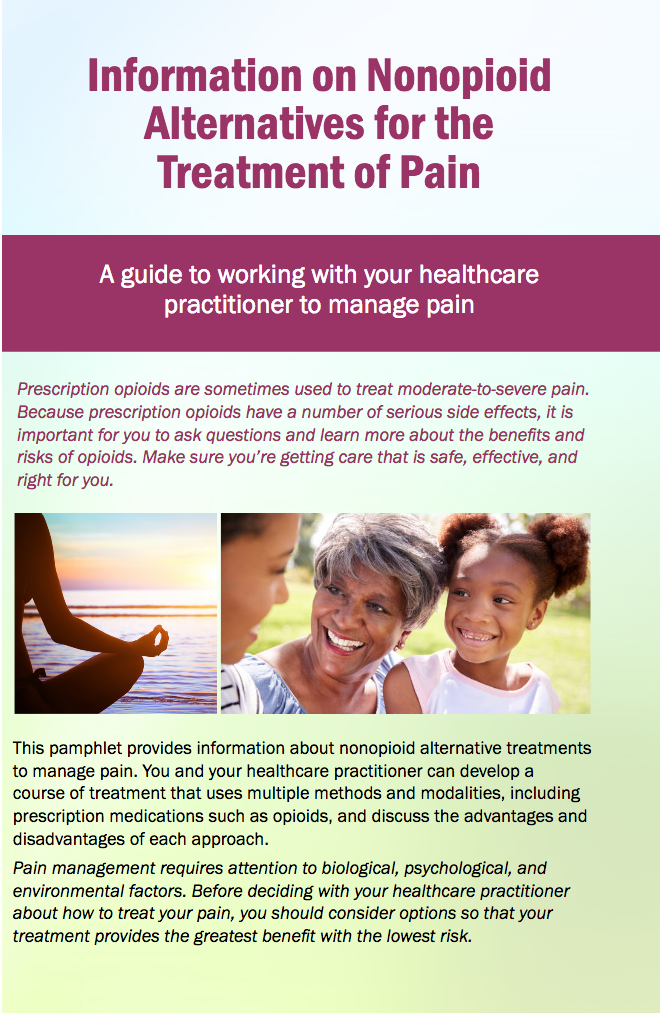 A new Florida law requires that health professionals provide chronic pain patients with information about opioid-free alternatives to pharmaceutical painkillers, but herbs and supplements are not among those options.

The law aims to protect patients and reduce opioid dependence in the state––but it’s also spurring confusion among the practitioners and physicians’ organizations attempting to comply.

While the initiative does include mention of holistic therapies like acupuncture, chiropractic, and transcutaneous electrical nerve stimulation (TENS), herbs and other dietary supplements are noticeably absent from the state’s nonopioid recommendations.

In June 2019, Florida Governor Ron DeSantis signed House Bill 451, referred to as “Nonopioid Alternatives.” The law took effect on July 1 and requires that healthcare practitioners must inform their patients about available non-opioid options prior to providing anesthesia or prescribing, ordering, dispensing, or administering any opioid listed as a DEA Schedule II controlled substance.

HB 451 mandates that clinicians discuss with patients the advantages and disadvantages of using opioid-based medications as well as non-opioid pain therapies. The new law tasked the state’s Department of Health (DOH) with developing an educational pamphlet detailing alternative pain treatments which practitioners must provide to patients during the opioid discussions.

Clinicians must also document those conversations in patients’ medical records, including notes regarding the non-opioid alternatives that were considered. Practitioners who provide emergency services are exempt from these new requirements.

The long-term goal behind the Nonopioid Alternatives legislation is simple: to reduce opioid use across the state of Florida.

“Before deciding with your healthcare practitioner about how to treat your pain, you should consider options so that your treatment provides the greatest benefit with the lowest risk,” the state-approved pamphlet reads.

There’s good reason for the initiative. According to the Centers for Disease Control, in 2017––the most recent year for which data is available––opioid prescription rates in Florida exceeded the national US average. Florida clinicians wrote 60.9 opioid prescriptions for every 100 individuals in 2017. The average US rate that year was 58.7 prescriptions per hundred. Historically, Florida’s opioid rates have been significantly higher than those of other states. Overall, however, opioid precribing have been declining across the nation since 2012. 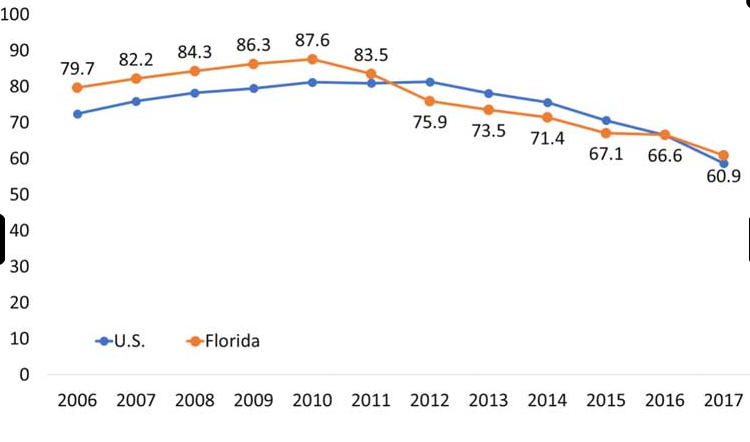 “We know that there is an opioid crisis in our state and country. This is grounded in several factors, including major pharmaceutical companies knowingly producing and marketing dangerous drugs, doctors overprescribing said drugs, and the lack of social services in states like Florida to support those who face addiction,” said Florida Representative Anna Eskamani (D), one of the bill’s co-introducers.

“HB 451 was motivated by this crisis, and designed to ensure patients know their options when it comes to pain management,” she explained.

But despite its good intentions, the law has become a source of significant confusion for the health practitioners attempting to decipher it. Many have reached out to their local medical boards and professional organizations, seeking guidance around how to apply the new regulations, and for which patients they may or may not be required.

In it, Scott stated that the physicians’ organization had already “been barraged with questions that it cannot answer” regarding the new mandates.

“Out of an abundance of caution, the FMA is requesting the [Department of Health’s] interpretation,” Scott wrote in his letter.

The Forida Academy of Family Physicians (FAFP) has also been fielding inquiries about the law. To date, their questions “have mostly been related to compliance and notification to patients,” Jay Millson, executive vice president of the FAFP, told Holistic Primary Care. His organization is reminding physicians to provide patients with the required DOH pamphlet. “When in doubt, pass it out,” he said.

Despite its good intentions, the law has become a source of significant confusion for the health practitioners attempting to decipher it. Many have reached out to their local medical boards and professional organizations, seeking guidance around how to apply the new regulations, and for which patients they may or may not be required.

The law has raised thorny questions about anesthesia. Opioids are commonly used as anesthetics, both during surgery and post-operatively. In some cases, non-opioid drugs like Versed can be appropriate choices for procedures like colonoscopies. But for the most part, general anesthesia relies heavily upon opioid-based drugs.

While the concept of opioid-free anesthesia is slowly starting to gain traction, it is far from common practice.

The new law is unclear about whether physicians must have the “nonopioid” discussion in cases where an opioid anesthetic is an appropriate choice.

Some clinicians view the legislation as redundant. “Most of our members indicate they had already been providing patients with information about non-opioid alternatives, as that is the standard of care,” Millson pointed out. “The fact that it is now legislated is a bit frustrating, as with any regulations, but is nothing new to family physicians.”

But one important set of options is glaringly absent from the Florida list: dietary supplements.

Not once does the state-sanctioned pamphlet mention the use of supplements as alternative pain relievers, in spite of ample research supporting a number of botanical extracts and nutraceuticals for reduction of inflammation and pain.

Supplements with powerful anti-inflammatory properties, from omega-rich fish oils to botanical agents like curcumin and boswellia are generally safe and non-addictive. Cannabidiol (CBD) is another plant-derived compound that may also have analgesic effects, though that has not been definitively proven. CBD may also be able to reduce cravings and anxiety in opioid-addicted people (Hurd, Y. et al. Am J Psych. 2019; doi: 10.1176/appi.ajp.2019.18101191. [Epub ahead of print]).

That the Florida initiative refrains from mentioning any of the known pain-reducing supplements is, to say the least, a curious omission––particularly given their overall safety and lack of harmful side effects.

The DOH’s failure to reference nutraceutical or botanical pain relievers could stem in part from the fact that the brochure was developed without a lot of input from expert medical professionals. Rather, it is the net result of a public rule making process that allegedly incorporated “insights from stakeholders who provide pain management services.”

But the clinicians and health instututions responsible for following the law and distributing the pamphlet did not get to see it until “merely days before its release,” said the FAFP’s Millson.

“The fact that the pamphlet was developed by the Department of Health with little to no input from all of organized medicine was not optimal,” he suggested.

Rep. Eskamani echoed similar challenges. “DOH had a very small comment period,” she said. “We wish for there to be more clarity from DOH” on issues like “how many times the pamphlet has to be made available to patients.” Though some verbal communication has occurred between her consituents and the DOH, “we are still waiting for written rules.”

From her perspective, “the bill’s implementation is in its early stages, and the roll out has not been without its areas of improvement,” adding that “we have been working with stakeholders and the Department of Health to ensure the legislation is not a burden to providers, and that it doesn’t negatively impact a patient’s experience.”