During its vote on the 2018 Farm Bill, the Senate killed hope that dietary supplements would be included under the ironically titled Supplemental Nutrition Assistance Program (SNAP), aka Food Stamps. 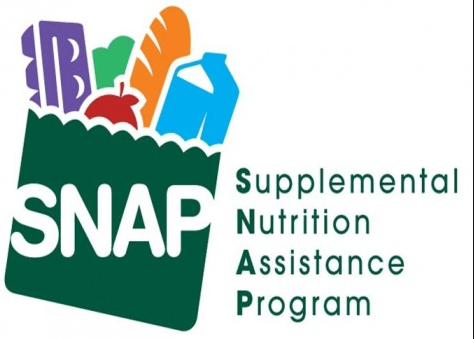 A provision for coverage of dietary supplements was part of the House version of the Farm Bill, but it was dashed from the Senate version shortly before it was passed on June 28.

The well-intentioned provision, which would permit recipients to use their SNAP dollars to buy things like multivitamins, crashed into the rocks of party politics. Senate agriculture committee chairman Pat Roberts (R-KS) and ranking Democrat Debbie Stabenow (D-MI) opted to bar all amendments to the Farm Bill that might be perceived as “partisan,” and that might prevent smooth passage.

Outgoing Senator Orrin Hatch (R-UT), a long-time advocate for the supplement industry, pushed for inclusion of the vitamin provision, but could not get his amendment to the floor.

Coverage of vitamins and other nutraceuticals under SNAP has been a long-term objective for many nutrition experts and public health advocates, as we have reported previously in Holistic Primary Care.

Last year, Rep. Mike Rogers, an Alabama Republican, introduced a bill called the SNAP Vitamin and Mineral Improvement Act that would modify the program to permit vitamins, minerals, and other supplements as an eligible expense.

Rogers’ bill had strong support from most nutrition industry trade groups. It has been languishing in the House Subcommittee on Nutrition since October 2017.

Advocates for SNAP coverage of vitamins say they are not giving up the fight. The final version of the Farm Bill must be hammered out between the Senate and the House, and this gives nutrition organizations further opportunity to make their case for inclusion.

But support for SNAP coverage of supplements is not universal. Some anti-hunger activists have claimed that permitting supplements as an eligible expense would encourage SNAP recipients to divert their limited funds away from “real” food.

That argument seems ridiculous, given the fact that soft drinks, cookies, cakes and just about any junk food you can imagine are considered “eligible” under existing rules.

According to a 2016 report by the US Department of Agriculture, sodas are the top most-purchased commodity by SNAP beneficiaries. Talk about diverting money from real food!

Vitamins, minerals and other nutraceuticals are not the ultimate answer to poor nutrition among the nation’s poorest people. But they could be important tools in helping people move toward better overall health.

That, however, does not seem to be a priority in Congress.

To add salt to the wound, many SNAP recipients will soon lose their access to farmer’s markets, thanks to a shift in the government’s technology contracts for managing the SNAP program.

For years now, the SNAP program has been encouraging recipients to use their SNAP cards to purchase fresh produce from local farmers markets. By all measures, these programs have been very successful in improving access to healthy fruits and vegetables.

From a tech perspective, however, they’ve been challenging. Since farmers markets are outdoors, they require mobile hand-held transaction processing systems.

Novo Dia, an Austin-based IT company, has been handling roughly 40% of all SNAP transactions at farmer’s markets nationwide. It is one of the few companies that have systems meeting federal regulations.

But as of July 31, Novo Dia is closing its operations. That’s largely because the administrators of the SNAP program have opted to contract with First Data—one of the nation’s biggest electronic payment processing companies. Novo Dia says it simply cannot compete against First Data.

It has also contracted with Financial Transaction Management, which supplies the free mobile equipment for payment processing at the outdoor markets.

The two moves are combining to leave many farmer’s markets in limbo regarding how –or even if—they will be able to continue servicing SNAP beneficiaries. According to the Washington Post, approximately 360 farmer’s markets are on waiting lists for payment processing equipment.

The net result is that in many communities, poor people who rely on SNAP will lose a vital means of getting more healthy and truly nutritious foods into their daily lives.